Gordon Alfred Swann was born in Palisade, CO, September 21, 1931. After serving in the U.S. Navy from 1952 to 1956, he received a Ph.D. from the University of Colorado in 1962 as one of the pioneers in a study of the Precambrian geology of the Front Range of Colorado. His career in the U.S. Geological Survey (USGS) began in Denver in 1963 working on a Defense Department project on the effects of high-pressure and high–intensity shock on rocks. In March 1964, he was assigned to the Manned Spacecraft Center in Houston, TX to work with USGS geologist Dale Jackson to train astronauts to perform scientific investigations in the field. In December 1964 he moved to Flagstaff as a permanent employee of the Manned Studies Group working on field studies in support of the national space flight program. Gordon’s focus was on the development and testing of lunar geologic exploration procedures for Project Apollo and beyond, and his early contributions included recognition of the value of a sun compass for orientation, a rock hammer for sampling, and development of Sample Return Containers that resembled pressure cookers for storing and returning lunar rock samples to Earth.

As an experienced field geologist, Gordon provided an invaluable perspective on geologic activities that could and should be conducted by the Apollo astronauts as they explored, photographed and sampled the Moon. One of his special accomplishments was personally demonstrating to doubting NASA astronauts that real geology could be carried out by while constrained inside the confining (often very hot) space suit used on the missions (Figure 1). He lead geologic field trips and training classes for many teams of astronauts in places such as Hopi Buttes, Grand Canyon, and Meteor Crater of northern Arizona, Kilauea Volcano, Hawaii, Big Bend National Park, Texas, and Taos, New Mexico, and was responsible for creating a lunar-like field site (complete with impact craters created with dynamite!) at Cinder Lake east of Flagstaff, Arizona for such excursions (Figure 2). Sometimes operating from a “science support room” near mission control in Houston, Gordon helped to plan and execute missions throughout the Apollo program of manned planetary studies, often helping to make on-the-fly adjustments to favor science return while maintaining astronaut safety and mission success.

Gordon also served as the Principal Investigator of the Apollo Lunar Geologic Experiment for Apollo Missions 14 and 15. In this role, Gordon and his team provided real-time geologic support for the missions from the official Science Operation Room at Mission Control Center, Houston, TX. The team was responsible for identifying the landing point of the Lunar Module, mapping and tracking traverses and surface activities, keeping a real-time transcript by a court reporter, and preparing topical notes, photographic and sample logs. The support team used these materials to ask questions of the astronauts during their lunar surface activities, and often real-time decisions were made on the basis of these discussions (relayed through the Capsule Communicator, or Capcom---often a scientist with a matching strong interest in the surface geology). The reports and documents prepared during and after these missions by Gordon and his team set the standard for rapidly tracking, documenting and mapping site characteristics and traverses and not only provided invaluable input to real-time decision-making by and for the Apollo astronauts, they also established the geologic provenance of the returned lunar samples for all time. At the Apollo 15 landing site, an area of the Montes Apenninus near Hadley Rille was informally called “Swann Range” as a measure of the regard in which he was held by the astronauts on that mission (Figure 3).

Following the lunar studies, Gordon served as Deputy Assistant Regional Geologist for the Center of Astrogeology and adjunct professor at Northern Arizona University, teaching and serving as a thesis advisor. He retired from the USGS in 1985. Adding to the admiration of his colleagues, Gordon also received professional awards which included the NASA Medal for Scientific Achievement and the American Institute of Professional Geologists Excellence Award. In recognition of the respect accorded him, the asteroid 4082 Swann (discovered at Palomar Observatory on Sept. 27, 1984 by friends Carolyn and Gene Shoemaker) was named for Gordon. He is remembered especially for creating a collegial and effective lunar exploration effort that involved geologists, engineers from mission control, and astronauts working together to achieve the historic goal of safely sending and returning humans to conduct scientific exploration of another planet.

Besides his professional excellence, Gordon served as Master of Flagstaff Masonic Lodge No. 7 in 1986. He was also honored by being awarded the Thirty Third Degree of the Ancient and Accepted Scottish Rite Masons and received two Albert Pike awards for his work in the Scottish Rite degrees in the Tucson Consistory. Friends who accompanied him river rafting, boating, camping, or RV-ing were often entertained by his stories, raunchy jokes, songs, and Robert Service recitations (see for example). For the past ten years Gordon and Jody spent their summers in Port Townsend, WA where they developed a love for the Pacific Northwest, crabbing and clamming, and making many new friends (Figure 4). Gordon enjoyed friends, people, and life in general for 82 years and swept others along in that enjoyment. Gordon is survived by his wife, Jody, four children, Steve, Wendy, Randy, Heidi, stepson Chris Loman, nine grandchildren and nine great-grandchildren.

Images related to this exhibit. 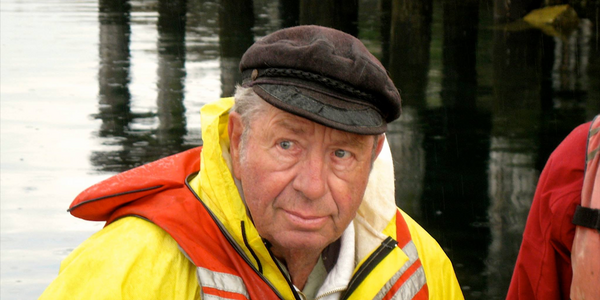 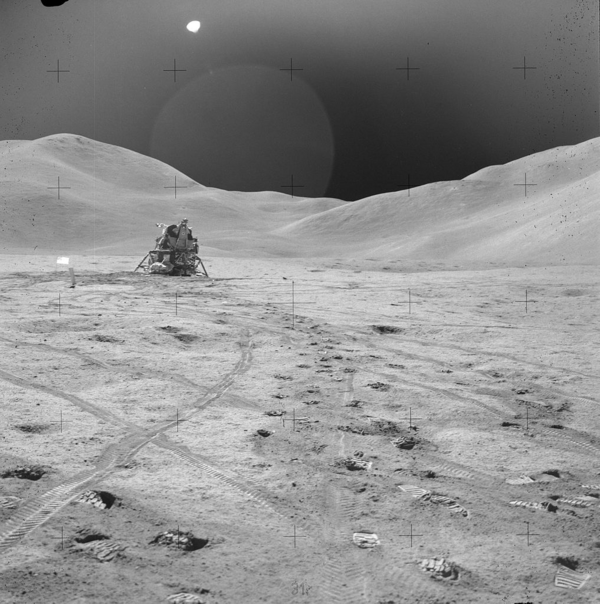 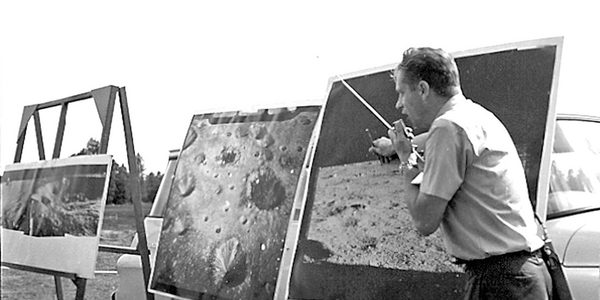 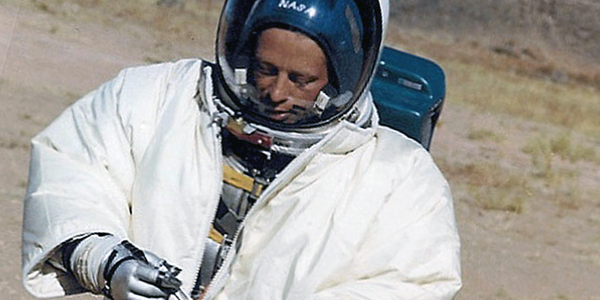