View this webinar to learn about the South Central CASC's tribal engagement strategy.

For centuries, Native Americans have relied on natural resources to sustain their families, communities, traditional ways of life, and cultural identities. This relationship with both land and water makes indigenous people and cultures particularly vulnerable to the impacts of climate change. The Department of the Interior Climate Science Centers (CSCs) are working with tribes and indigenous communities to better understand their specific vulnerabilities to climate change and to help them adapt to these impacts.

Sixty-eight tribes are located in the South Central CSC (SCCSC) region. Since its inception, the SCCSC has made it a priority to partner with tribes, and both the Chickasaw Nation and the Choctaw Nation of Oklahoma participate in the center’s activities as consortium members. The SCCSC employs a full-time tribal liaison, April Taylor, to facilitate relations with the tribes, develop partnerships for climate-relevant projects, build tribal stakeholder capacity, and organize tribal youth programs.

In 2014, the SCCSC published its Tribal Engagement Strategy to outline its approach for developing tribal relationships. The conceptual plan covers each step in the multi-year process from initial introductory meetings and outreach to demonstrate commitment and interest in working with tribal staff, to building tribal capacity in climate related areas while also building researcher capacity in ethical research, and facilitating the co-production of climate-relevant research projects. As the tribes begin to develop their internal capacity and find novel ways to integrate their interests, the plan ultimately leads to tribes developing their own independent research projects and integrating climate science into their various vulnerability assessments and adaptation plans.

In the webinar, April will outline the multiple steps in the SCCSC’s Tribal Engagement Strategy and provide examples of their ongoing work in support of each step. 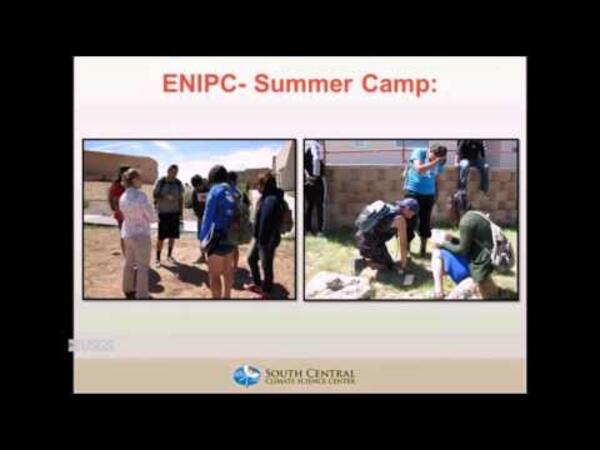