The Science Issue and Relevance:

As part of a Natural Resource Damage Assessment (NRDA)-funded project involving the removal of mammalian mid-sized predators (also known as mesopredators) from St. Vincent National Wildlife Refuge in Florida to restore coastal species including shorebirds and sea turtles and their habitats, feral hogs were trapped and removed from the Refuge from 2015-2019; as of 2021, no hogs are known to remain. Raccoons, another mesopredator in the Refuge, have been intermittently removed since 2015. To understand the effects of predator removal, four index beach nesting bird species were identified: Black Skimmer (Rynchops niger), American Oystercatcher (Haematopus palliates), Least Tern (Sterna antillarum), and Snowy Plover (Charadrius nivosus). Surveys to document nest productivity for these species were conducted during 2015-2018 and 2020. In addition, surveys for nesting sea turtles have occurred every year from 1986-2020. As part of this project, these bird and turtle surveys will continue through 2022.

Through this project, we will address the following questions to help inform future management actions:

1. Did the removal of hogs and the reduction of raccoons have any measurable effect on sea turtle and shorebird nest productivity?

2. What habitat characteristics define ideal shorebird and sea turtle nesting sites? Can nesting habitat be better defined and identified? This information could inform where to place symbolic fencing, which serves as a visual warning rather than a physical barrier, ahead of beach nesting bird seasons, and other management actions.

3. Did the reshaping of St. Vincent Island by Hurricane Michael in October 2018 have any effect on nesting habitat, nest locations or nesting success?

Methodology for Addressing the Issue: We plan to conduct a repeated measures analysis to determine how shorebird abundance, diversity, and nesting success changed due to predator removal. The specific approach will depend on underlying data distribution and sample size. Models will also include habitat or location to determine potential interactions between spatial variables and predator removal.

To determine which factors are related to shorebird breeding success over time, we will use a multivariate model. Models will include predictor variables such as habitat, location, weather station information, and any other information that may be available through the Refuge. Also, if possible, we will gather additional habitat data at each shorebird and sea turtle nesting site in 2021 and 2022 to conduct occupancy analysis.

Finally, we will use a repeated measures analysis (the specific approach will depend on underlying data distribution and sample size) to determine how shorebird abundance, diversity, and nesting success and sea turtle nest location and abundance changed before and after storm impacts. Models will also include habitat or location to determine potential interactions between spatial variables and storm impacts. Depending on availability, weather station information will also be incorporated in the models to look at specific storm variables and their impacts on shorebird biology.

These analyses will guide the direction of future work. For example, if removal of feral hogs and raccoons did not increase shorebird reproductive output, future projects will focus on identifying the factors that are keeping output low, such as alternative predators (e.g., ghost crabs) or a limiting habitat feature. This may require additional predator removal or continued research on regional shorebird nesting and/or habitat use through tasks such as occupancy analyses. 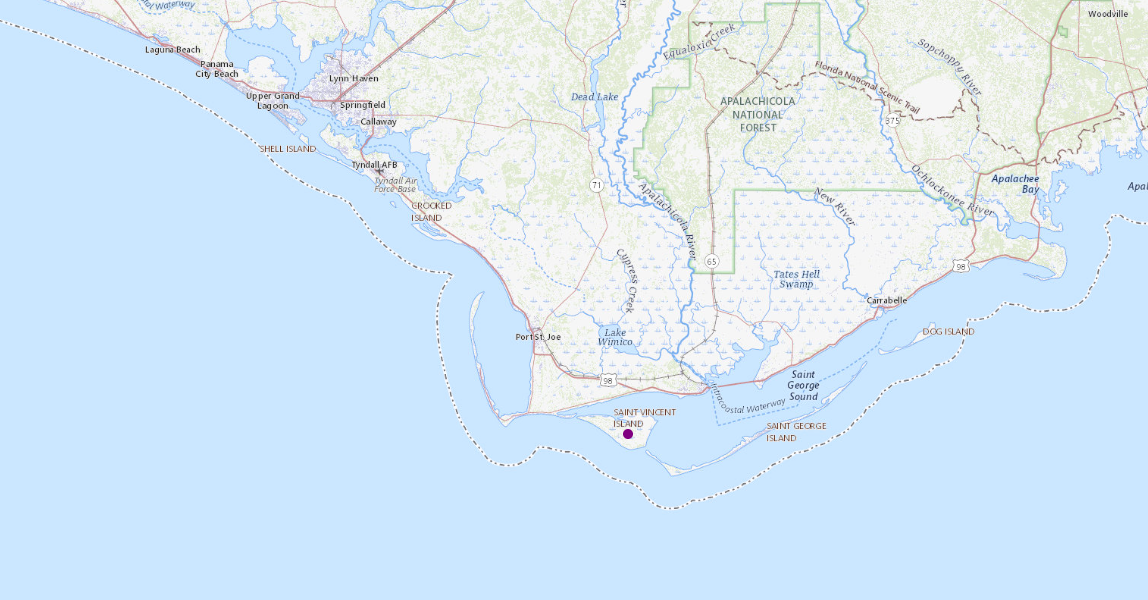