Explore stories of our changing planet with Earthshots

Stunning Landsat images of our planet

Image of the Week

The Landsat Program changed the world in 1972, just by looking at it. On a planet now orbited and observed by thousands of satellites, one where Earth surface imagery is just a tap away on any smartphone map, it’s easy to lose sight of just how revolutionary that idea was.

Birth of the Satellite Era 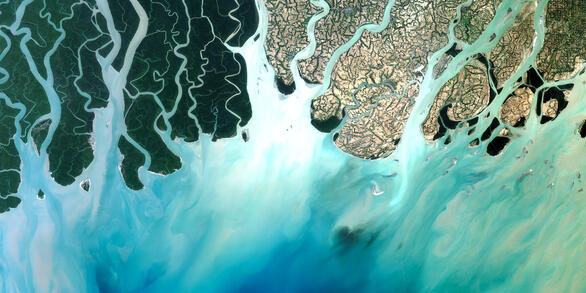 Learn how Landsat launched the modern land remote sensing era 50 years ago, about the multitude of space-based programs it inspired, and about what the future holds for this foundational satellite program. 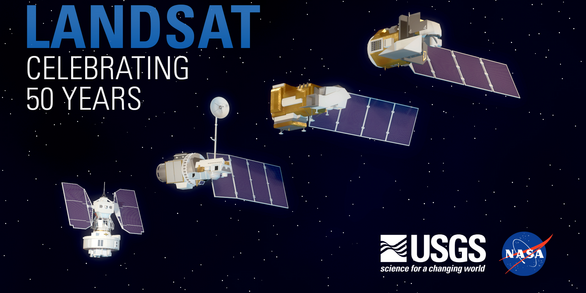 50 years of teamwork. 50 years of innovation. 50 years of resilience. Take a trip through time with the USGS video retrospective of the Landsat program's first half century.

A View From Above

By the time the first Landsat was launched 50 years ago, the U.S. had spent a decade enamored of the concept of space exploration, of landing on the moon, of pushing farther and farther into the galaxy.

The notion of turning the eyes in the sky toward our terrestrial home was both novel and controversial.

But Landsat would ultimately serve to reshape our understanding of our planet and put space-based remote sensing on a path to becoming what it now is: a part of our day-to-day lives.

If your smartphone has a mapping application, you have Landsat in your pocket. Pick “satellite” as your base layer, zoom out to see a few square miles, and you’ll see Landsat imagery. Zoom out further or in closer, and you’ll see imagery collected by the satellite missions that followed in Landsat’s footsteps.

That imagery, however, only scratches the surface.

Over the past five decades, the Landsat Program and the missions it has inspired and informed have transformed the way we study land change, wildfires and natural disasters, food security, natural resource management, coastal ecosystems, carbon sequestration, water use and much, much, more.

It all started with Landsat. Fifty years on, the program is more vital than ever.

The unparalleled historical archive of Landsat imagery, an Earth surface record continuously re-calibrated to maximize its comparability with contemporary conditions, remains both the gold standard of data quality for a scientific community whose data sources expand by the month and the yardstick by which the accuracy of those new sources are measured.

On this website, you’ll find a trove of imagery, research, interactive tools, videos, podcasts, and articles that serve to both educate on the Landsat Program’s history and to celebrate the start of its second half century of service.