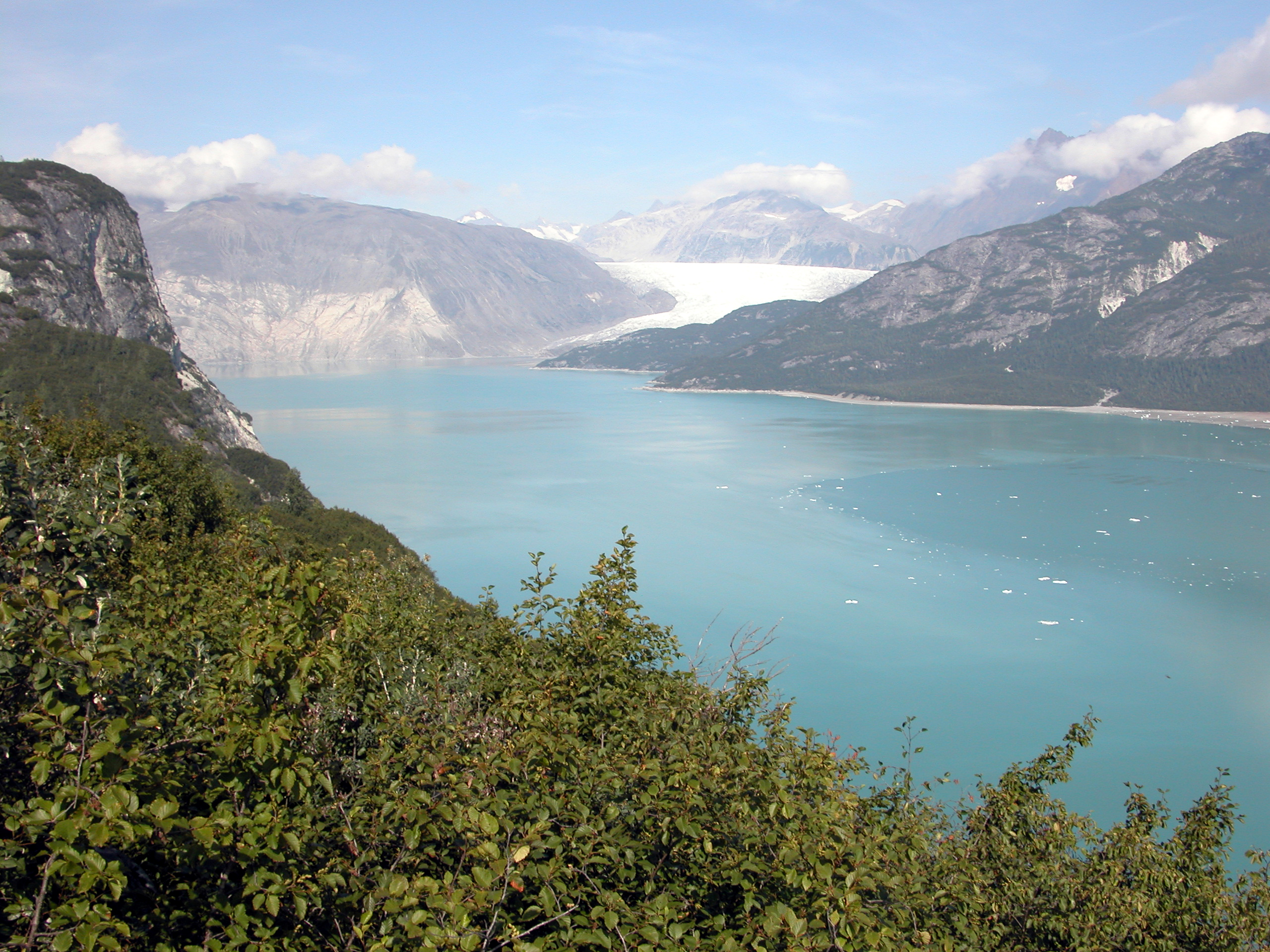 This August 2004 photo further documents the significant changes that have occurred during the 63 years between photographs A and C, and during the 54 years between photographs B and C. Muir Glacier has retreated out of the field of view and is now nearly 5 miles to the northwest. Riggs Glacier has retreated as much as 2000 ft and thinned by more than 800 feet. Note the dense vegetation that has developed. Also note the correlation between Muir Glacier's 1941 thickness and the nearly horizontal line on the mountainside on the left side of the 2004 photograph. This line that indicates the past height of the glacier is called a trimline.