Oil Spill in the Gulf of Mexico - Landsat 7 (caption embedded) 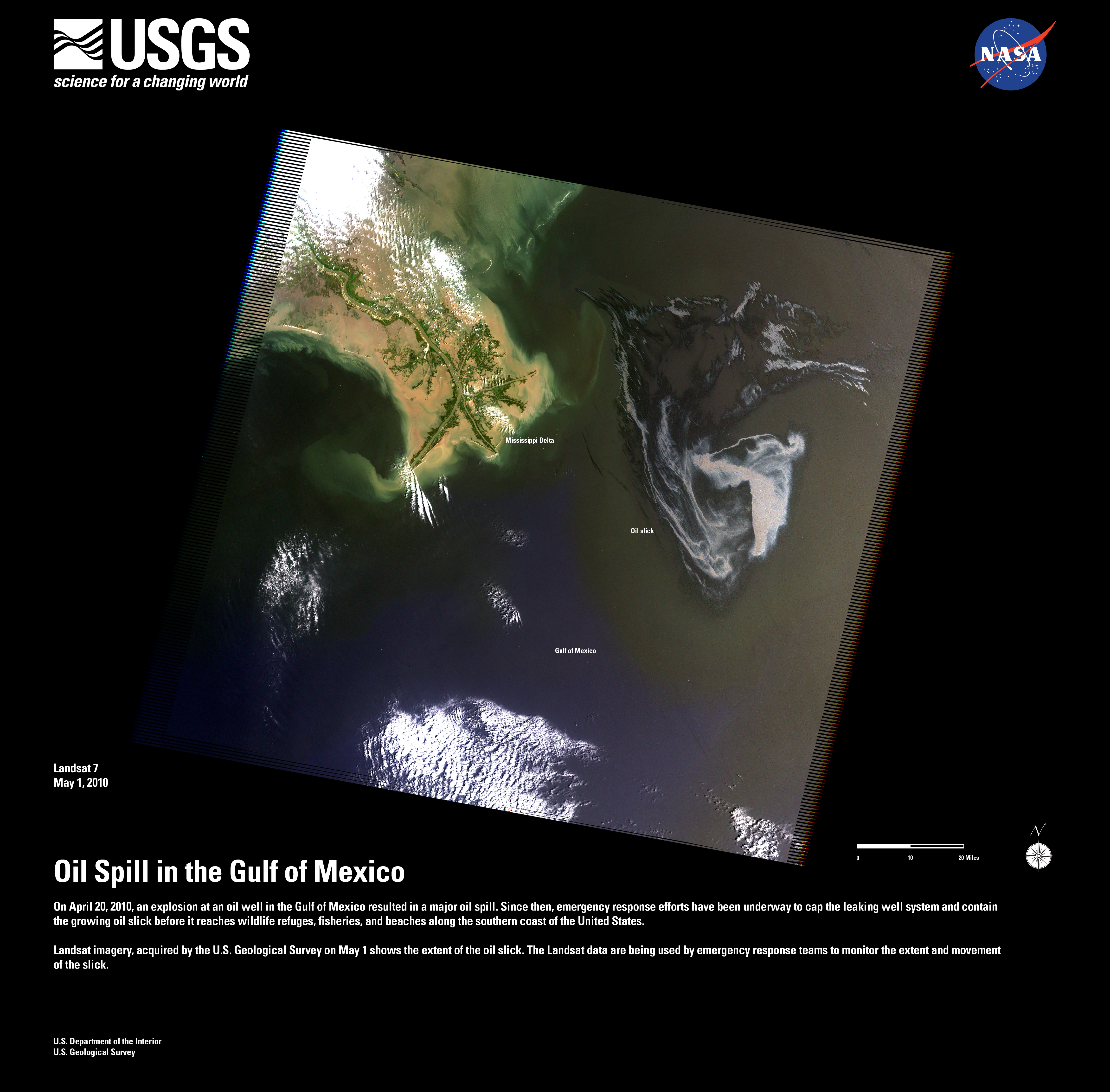 On April 20, 2010, an explosion at an oil well in the Gulf of Mexico resulted in a major oil spill. Since then, emergency response efforts have been underway to contain the growing oil slick before it reaches the southern coast of the United States.
Landsat imagery, acquired by the U.S. Geological Survey on May 1 shows the extent of the oil slick. The Landsat data are being used to monitor the extent and movement of the slick.