University of Hawaii Geology and Geophysics Professor Chip Fletcher spread his maps on the table as land planners from Majuro—a large coral atoll of 64 islands in the Central Pacific’s Republic of the Marshall Islands­—leaned in.

They were discussing building codes—an interesting choice of topics considering that Majuro’s narrow slivers of islands measure only 150 meters wide on average and less than 6 feet above sea level at their highest points. With numerous major international scientific reports projecting that a warming planet could raise the sea level 1 to 4 feet across Majuro’s shores—indeed, around the globe—by the end of the century, Majuro’s planners need scientific information for critical decisions now.

Rising seas are already a reality of life on the atoll. The destructive power of tidal flooding that surges over Majuro’s shorelines with increasing frequency is inescapable. But the causes and effects behind salt water gurgling up through storm drains, or the water table rising through the land surface, are less obvious to the islanders.

So, armed with maps and other products produced in part by the Coastal National Elevation Database (CoNED) Applications Project at the USGS Earth Resources Observation and Science (EROS) Center near Sioux Falls, SD, Fletcher journeyed to Majuro to provide them with important data and science information they could use to develop new management protocols and thus prepare for what the future may bring.

“We discussed a lot of architecture responses to what’s going on, such as requiring buildings to have open flow spaces beneath them,” Fletcher said. Simple steps such as creating a 2-to-3-foot freeboard underneath a building—elevating its lowest floor to protect it from flooding—“can be extremely effective in prolonging the life of the building,” he said.

Empirically-based building codes are only one of several adaptation steps that will be needed to strengthen the resiliency of the Marshall Islands. All sectors of the socioeconomic framework that underpin the community—transportation, food and water, energy, health, housing, and more—are at risk, said Fletcher, adding that the challenges are enormous.

Officials and researchers within a number of agencies and programs are working collaboratively to address those challenges, including the U.S. Geological Survey (USGS), the University of Hawaii, the University of Guam, the National Oceanic and Atmospheric Administration’s (NOAA) National Geodetic Survey, the Republic of the Marshall Islands’ (RMI) Land and Survey Office, Marshall Islands Conservation Society, the RMI Environmental Protection Authority, and the RMI Directorate of Civil Aviation.

Fletcher said what really brought the message home to the Marshallese was the CoNED topobathymetric digital elevation models (TBDEMs) he used to show them where and how areas of their atoll may flood in the future. Back at EROS, CoNED scientists Jeff Danielson, Dean Gesch, Dean Tyler, and Sandra Poppenga, along with their colleague Monica Palaseanu-Lovejoy, had knitted topography (land elevation) and near-shore bathymetry (water depth) into a seamless, high-resolution coastal digital elevation model—the quality and resolution of which Fletcher and others say is a first for any atoll nation.

Inundation modeling isn’t the only aspect of CoNED work, Danielson, Gesch, and their colleagues say. Their digital elevation work is used for marine and coastal resource management needs, assessing hazard vulnerability, wave modeling, and for adaptation efforts. But at Majuro, it was the CoNED TBDEMs that really resonated with the Marshallese, Fletcher said.

“The visual impact of these maps is priceless,” he said. “It shows indelibly what high tide flooding will look like at a high spatial resolution. It’s the first time this sort of information has been available in the Marshall Islands, and to have it at this high resolution has enormous value.”

As they sat around the table, Fletcher showed Majuro officials projections of areas likely to flood, and what that flooding may look like, as sea level rise continues. The CoNED product clearly delineated neighborhoods that are vulnerable to high tide flooding at particular water levels, and others where the threat doesn’t appear until water levels rise further.

Though there are other digital elevation models out there, the CoNED TBDEM measures slightly better than a foot and a half in vertical accuracy, which is remarkable, said David Helweg, Director of the USGS Pacific Islands Climate Adaption Science Center.

A lack of high-resolution topographic data has long been identified as a critical gap for atoll and island coastal communities that either face hazard vulnerability from tsunamis, storm surge, high waves, king tides, and sea level rise, or simply want to undertake adaptation efforts before those disasters occur, Helweg noted. And the fact is, modern topographic survey equipment and airborne lidar surveys can be very difficult and costly to deploy in remote oceanic settings, he said.

So, the EROS group developed land surface topography using Structure-from-Motion point clouds derived from unmanned aerial system (UAS) photography. The near-shore bathymetry for their model was produced from Landsat 8 and WorldView-3 satellite data. In the end, CoNED’s final topobathymetric DEMs utilized data from charts, sonar, and UAS and satellite imagery spanning data collection from 1944 to 2016 over different parts of the atoll.

If the concern was simply about static sea level rise—the average height of the water and how it is being raised—land surface elevation would be enough, USGS scientist Dean Gesch said. But the power of waves and storm surge propagating onto the land surface is affected in large part by near-shore water depths, or bathymetry, whether those forces are generated in the atoll lagoon, or from the open ocean surrounding the atoll, he said.

“That’s why you need both topography and bathymetry,” Gesch said. “The effects of sea level rise are mostly noticed in how waves and storm surge propagate onto the land surface. So how those waves interact when they traverse from deeper water to shallower water, and what the seafloor morphology is, are really important.”

Beyond just the land planners, Fletcher said he has worked with other high-ranking government officials on Majuro to understand the challenges of rising seas and flooding inundation. “They’ve seen my presentations, where I show that work and attribute it to the CoNED folks,” Fletcher said. “I think if you were to say ‘the CoNED maps,’ I don’t know that they would make the connection, but they certainly are aware and were wonderfully surprised to see the maps, to see the products. They were very pleased.”

These maps are only a start in his interactions with concerned stakeholders, Fletcher said. “The inundation modeled here does not capture the realities of wave run-up, coastal erosion, and other dynamic processes,” he said. “But it is not possible to adequately model these processes without detailed and accurate topobathy DEMs such as these. Thus, the CoNED maps form the foundation for additional future modeling efforts.”

Along with land managers and government officials on Majuro, the U.S. Department of Defense has an interest in CoNED’s work as well. The strategic value of the Marshall Islands to the U.S. rests on Kwajalein, the largest of the Marshall atolls and home to the Ronald Reagan Ballistic Missile Defense Test Site. The 1,200 Americans who live on the base launch missiles and operate space weapons programs from that location.

The Pentagon, which has a lease on Kwajalein until 2066, has commissioned scientific studies on the impact that rising sea levels will have on the base’s mission. In 2008, unusually high water levels flooded the base and destroyed all the freshwater supplies on the island. The military responded with expensive desalination machines and heavy-duty sea walls made of riprap, a fortified granite used in hydraulic engineering.

The nature of that flood episode on Kwajalein led to work by Curt Storlazzi, a research geologist at the USGS Pacific Coastal and Marine Science Center, and an international team of experts who sought to improve understanding of how future flooding on Kwajalein Atoll would develop as sea level continues to rise. Their work was featured in the April 2018 issue of Science Magazine.

At more local levels, in the neighborhoods and communities of the roughly 53,000 residents of the Marshall Islands, the wash of saltwater has penetrated and salinated the underground freshwater supply on some of the islands, Storlazzi has said. In March 2014 on Majuro, flooding tides damaged scores of homes, as well as a local elementary school, a waste site, even an airport road, according to the United Nations Office for the Coordination of Humanitarian Affairs.

Yet even as their island existence seems to be growing more tenuous under ocean forces, the people of the Marshall Islands continue to hold fast to a lifestyle on these atolls that stretches back across the millennia, Fletcher said. They have little desire to leave behind a culture that has always thrived because the people remained steadfastly in touch with the rhythms of the atmosphere, the ocean, and the land, he said.

So, with Fletcher’s help, with assistance from Helweg, CoNED and many others, they’re preparing for their future and moving forward with discussions about building resilient new communities that are adapted to sea level rise.

“The reality is, we are being caught around the world with engineered systems and socioeconomic patterns that are scaled and developed to a climate that no longer exists,” Fletcher said. “So yes, the folks in the Marshall Islands are just like the rest of the world … trying to catch up and trying to continue to be resilient and sustainable. And it’s a challenge. It’s a challenge for everybody.”

Evaluating the potential for near-shore bathymetry on the Majuro Atoll: https://pubs.er.usgs.gov/publication/sir20185024 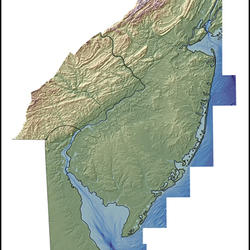 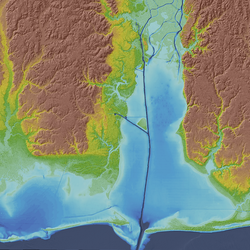 Evaluating the potential for near-shore bathymetry on the Majuro Atoll, Republic of the Marshall Islands, using Landsat 8 and WorldView-3 imagery