Two award ceremonies in late January 2019 cast spotlights on the good work being done with Light Detection and Ranging (LiDAR) by current and former staff of the Earth Resources Observation and Science (EROS) Center.

Meanwhile, in St. Petersburg, FL, an award bestowed on Quantum Spatial, Inc., for its work with the U.S. Geological Survey (USGS) to collect and process topobathymetric lidar along the Kootenai River in northern Idaho had a strong EROS connection to it.

“I think these awards are a big deal,” said Greg Stensaas, the project manager for Requirements, Capabilities & Analysis for Earth Observation at EROS. “What both awards do is show the (lidar) community’s appreciation for the hard work that USGS does to help develop acquisition and collection methods, as well as establishing methods to provide better quality lidar data.”

Heidemann, who left EROS in March 2018, wrote the specifications for the USGS that basically spell out standards for how private industry is to acquire its data and deliver it to the USGS, said Jeff Danielson, the Coastal National Elevation Database (CoNED) Applications Project Chief at EROS and lead on the Inland Bathymetric project being spearheaded at the Center.

Heidemann was also heavily involved with the National Elevation Dataset, the National Geospatial Program, and the 3D Elevation Program (3DEP). He authored three releases of the USGS Lidar Base Specifications as well.

“His work is a major deal, actually,” Danielson said. “Lidar is exploding for all kinds of science applications, and Karl’s impact on that can’t be understated.”

Quantum Spatial, Inc., the nation’s largest independent geospatial data firm, received two MAPPS 2018 Geospatial Products and Service Excellence Awards during the recent MAPPS winter conference in Florida. One of those honors was for its work on a USGS project to collect and process topobathymetric lidar data and imagery over the Kootenai River. EROS staff played a key role in that effort.

The Kootenai Project was funded out of the 3DEP program within the USGS, Danielson said. It was one of the first efforts by researchers to explore the use of topobathy lidar to map elevation beneath the surface of the water on inland rivers, lakes, and reservoirs.

Knowing that elevation is important for creating pre- and post-removal surveys that map and characterize the movement of sediment trapped behind dams downstream following dam removal. Elevation information can play a role in fisheries habitat, too, particularly for endangered species. It’s useful as well for flood modeling, and also to look at sedimentation, bank erosion, water quality modeling, and modeling subaqueous soils.

At EROS, Danielson, Jeff Irwin, and Minsu Kim assisted Quantum Spatial in developing and conducting the Kootenai project. Danielson, Irwin, and Kim developed the specifications for the data collection and helped to ensure successful data collection. All three EROS staffers conducted field survey work to collect validation data during the data collection flights, employing unique reflective lidar targets in the river and on land to test the topobathymetric lidar detection capabilities in the riverine environment.

Danielson said the targets were designed and fabricated here at EROS. The success of the work is leading to further investigations for the Inland Bathymetry project here at EROS, including another coordinated remote sensing data collection and field campaign along the Niobrara River in Nebraska.

“What these awards show is that USGS is in the forefront for the community in ensuring that we have a methodology to collect and establish a quality lidar point cloud,” Stensaas said. “It also shows that there are people here at EROS like Karl, and like the others, with the expertise and well-rounded knowledge to help establish the methods, processes, and specifications to make all this work happen.” 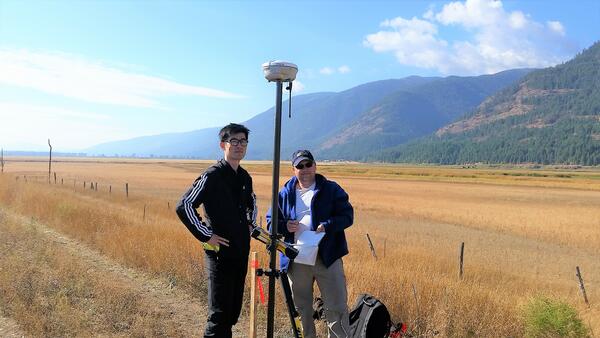 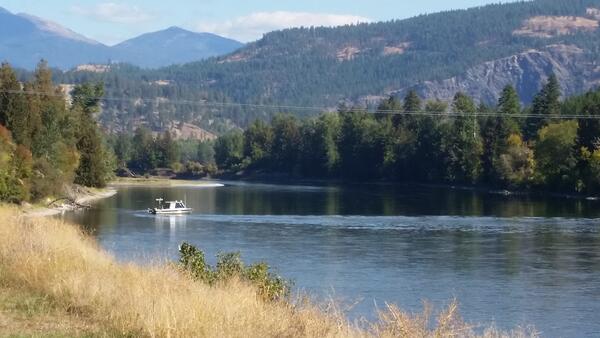 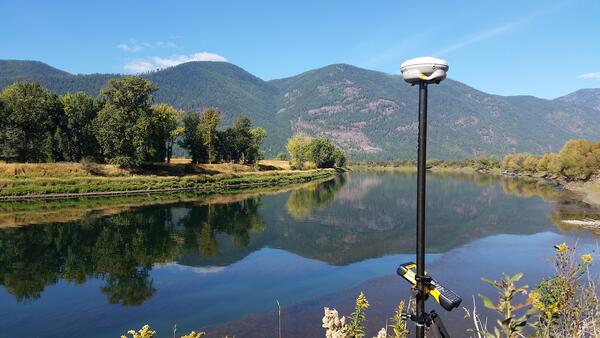 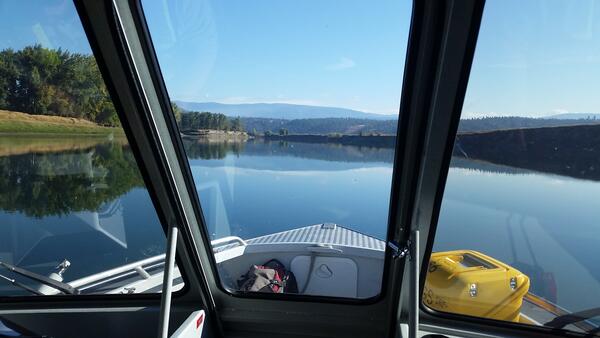