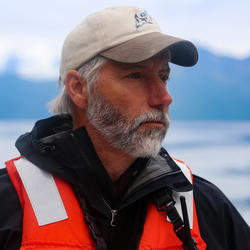 Delineation of population structure provides valuable information for conservation and management of species, as levels of demographic and genetic connectivity not only affect population dynamics but also have important implications for adaptability and resiliency of populations and species. Here, we measure population genetic structure and connectivity across the ranges of two sister species of s
By
Ecosystems, Alaska Science Center, Molecular Ecology Laboratory
March 18, 2021

Some of the longest and most comprehensive marine ecosystem monitoring programs were established in the Gulf of Alaska following the environmental disaster of the Exxon Valdez oil spill over 30 years ago. These monitoring programs have been successful in assessing recovery from oil spill impacts, and their continuation decades later has now provided an unparalleled assessment of ecosystem response
By
Ecosystems, Alaska Science Center
December 20, 2021

For the sea otter (Enhydra lutris), genetic population structure is an area of research that has not received significant attention, especially in Southwest Alaska where that distinct population segment has been listed as threatened since 2005 pursuant to the U.S. Endangered Species Act. In this study, 501 samples from 14 locations from Prince William Sound, Alaska to the Commander Islands in Russ
By
Ecosystems, Alaska Science Center
November 10, 2021

Black Scoters Melanitta americana were marked with satellite transmitters on Atlantic and Pacific coasts of North America to examine continental-scale population delineation. Scoters marked on the different coasts did not overlap at any stage of the annual cycle, suggesting that birds in the two regions could be monitored and managed as separate populations: 1) an Atlantic population, which winter
By
Ecosystems, Alaska Science Center, Patuxent Wildlife Research Center, Eastern Ecological Science Center