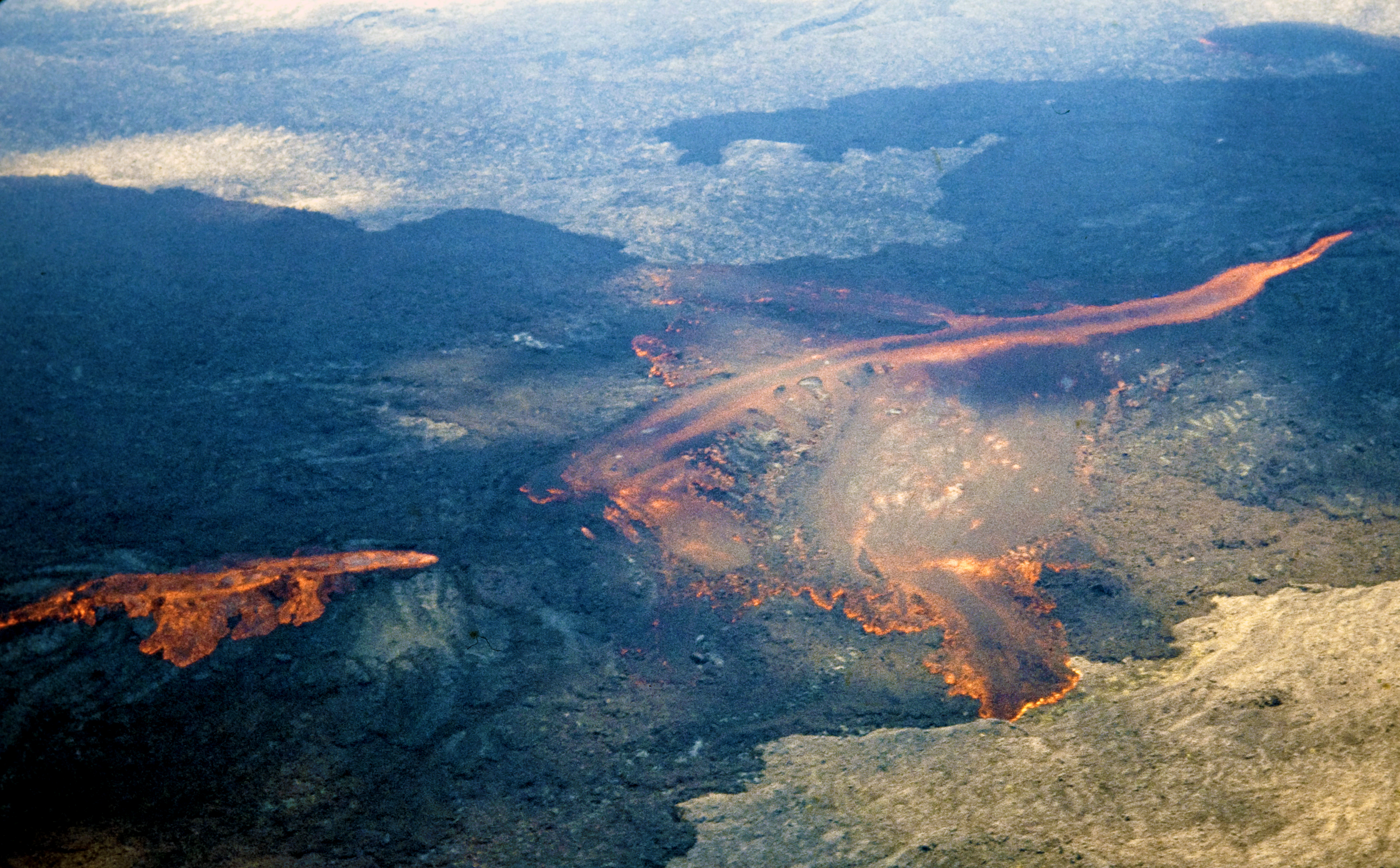 Blockage and overflow of main ‘A‘ā lava channel leading from the 2,900-m vents; note helicopter below the blockage. Large, floating debris of solidified lava (called lava boats) and debris from surface crusts sometime congregate at constrictions along the channel, causing blockages of the main channel. Lava that ponds behind a blockage eventually escapes, either by overflowing the channel or by breaking through the blockage to generate a lava surge downstream. Repeated blockages and overflows on April 5 to 8 between 2,000 and 2,150 m prevented the sustained advance of any flow below the 1,850-m level.