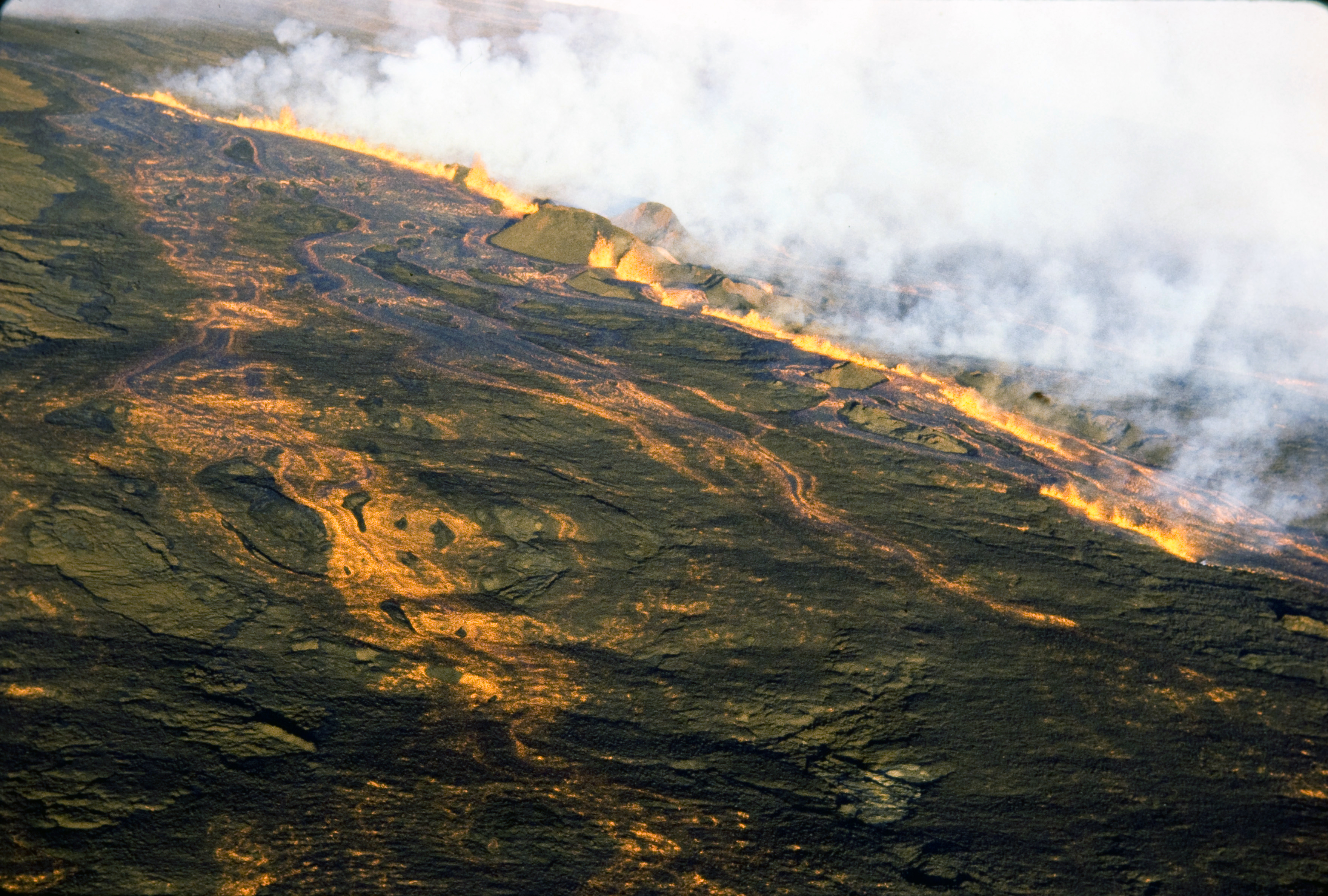 Pohaku Hanalei cinder-spatter cone (upper left) is located about 3.2 km (2 mi) NE from the north edge of the caldera rim. Eruption rates were as high as 2.9 million m3 per hour during the first 6 hours of the eruption, then diminished to about 0.5 million m3 per hour for the next 12 days. Sizable pahoehoe flows formed only during the first day of the eruption and within a few kilometers of the vents; at greater distances from the vents, pahoehoe lava changed into ‘A‘ā.