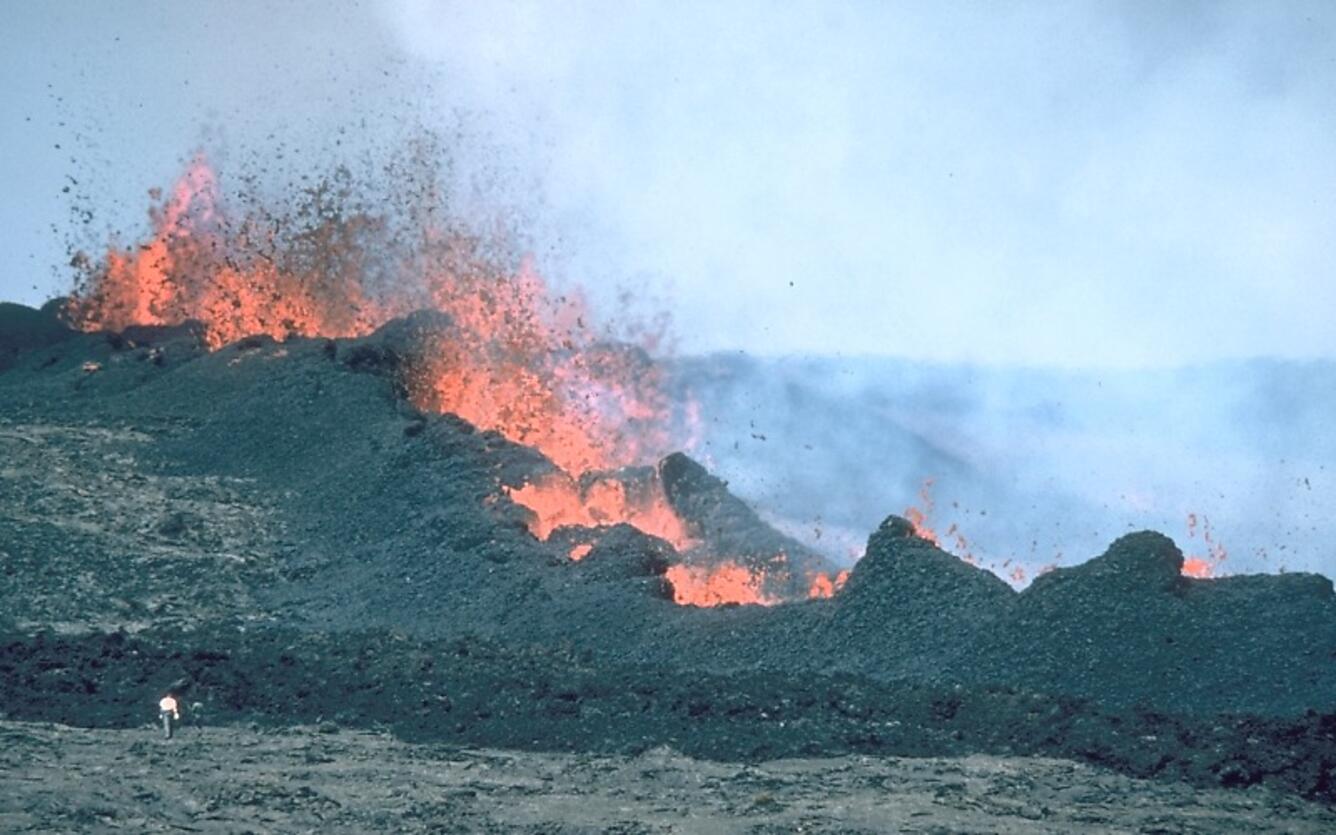 Referred to as the 2,900-m vents, they are 19 km east of the original outbreak point that began within Moku‘āweoweo caldera about 36 hours earlier. Six separate structures eventually formed around the vents, including a cinder cone at the uprift end and a lava shield at the downrift end. The most productive vent along this fissure is in upper left. Note person in lower left.