Water demand in Anchorage from 1992 Mt Spurr eruption when 3 mm of ... 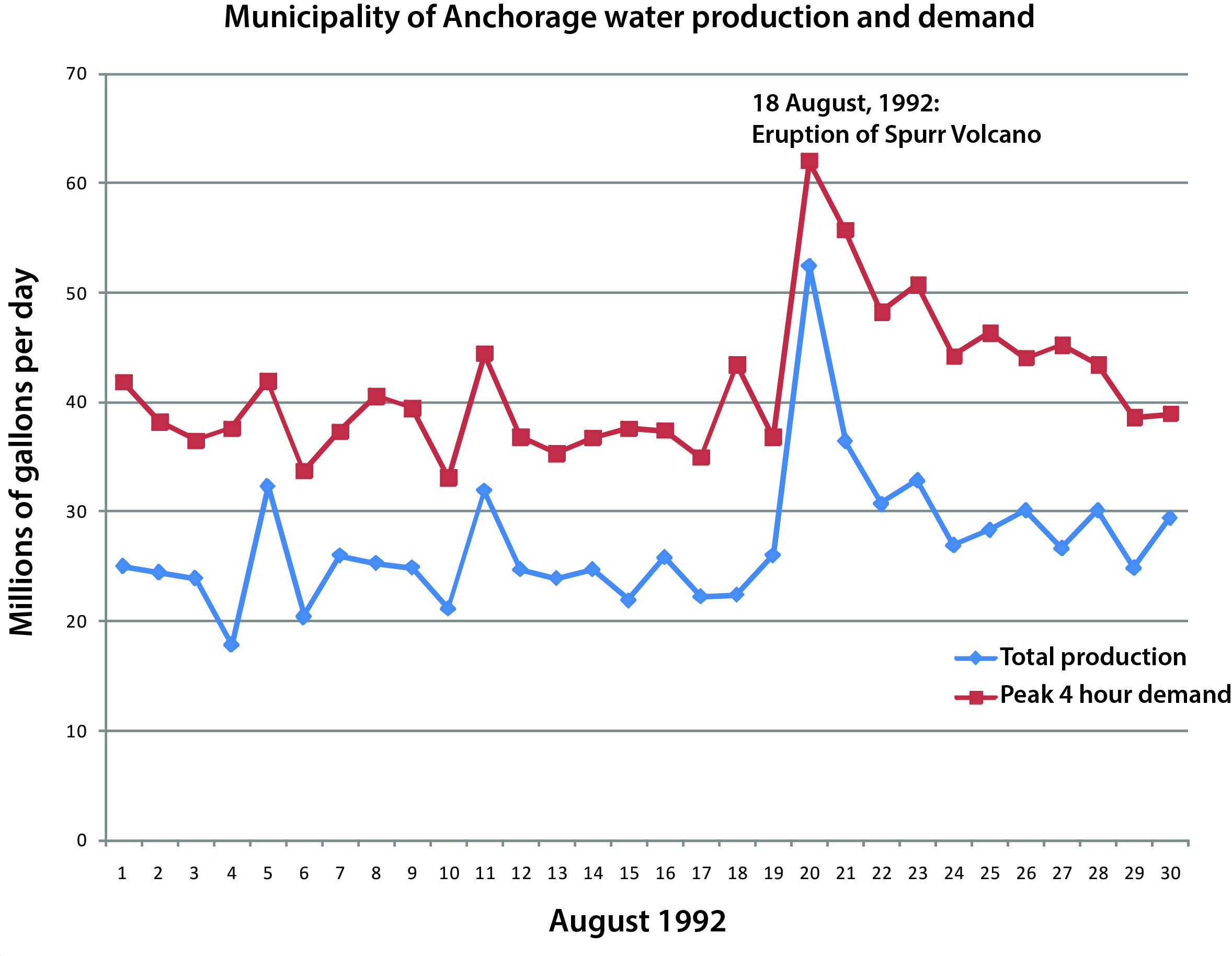 During the cleanup after the 18 August 1992 eruption of Mt Spurr volcano, Alaska. The population of Anchorage used mostly wet methods to clean up the ash, creating a peak water demand which resulted in water shortages and loss of pressure in some parts of the city due to bottlenecks in the distribution system. This incident prompted a major upgrade of the city's distribution network.