Analysis of Photographs and Other Images for Monitoring Purposes

Ground- based digital cameras can be set in areas that are too dangerous for scientists to conduct prolonged fieldwork and can provide high-quality images of local activity, typically focused on a single area, in near-real time. Aerial photographs provide a perspective of activity over a broad area. Webcams can provide both broad and focused perspectives in real time. All images can be used to measure rates and magnitudes of types of volcanic activity. For example, time-series photographs from both aerial and ground-based cameras can be compared to analyze changes in surface features and to compute rates of motion or changes in volume.

During the 2004-2008 eruption, ground-based photography was used to monitor the movement of lava as it emerged from the ground and formed thick lava spines. During the first year of activity a single camera was set up at the mouth of the volcano's crater, and review of the images showed that between November 2004 and December 2005 the rate at which lava was erupted gradually decreased but fluctuated on a scale of days to weeks. In September 2005, a multi- camera network was installed around the volcano. Analyses of the images showed that lava moved outward, radially, from a central vent. As lava emerged from this central area it moved simultaneously upward and outward from the vent as arced lava spines. A webcam located at Johnston Ridge Observatory (installed in 2004) provides a continuous view of the volcano, as long as the weather is clear, and is used as a source for visually monitoring the volcano for signs of activity.

Aerial photographs have been used to assess broad-scale topographic changes at Mount St. Helens since 1980. The process for making measurements and maps from photographs is called photogrammetry, and it is now commonly used to generate digital maps called Digital Elevation Models (DEMs) of all or part of the volcano.

Aerial digital photographs are now used as a tool for frequent monitoring of active process, like glacier movement and sediment transport, and hazards assessment. Ongoing photographic monitoring at Mount St. Helens is used to measure the settling and slumping of the 2004-2008 lava dome and the continued northward advancement of the glaciers. 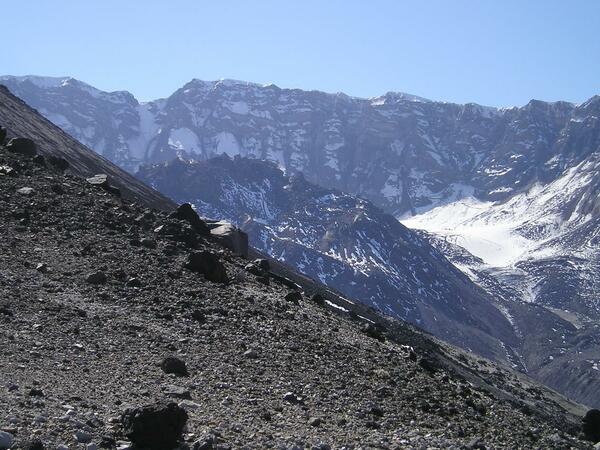