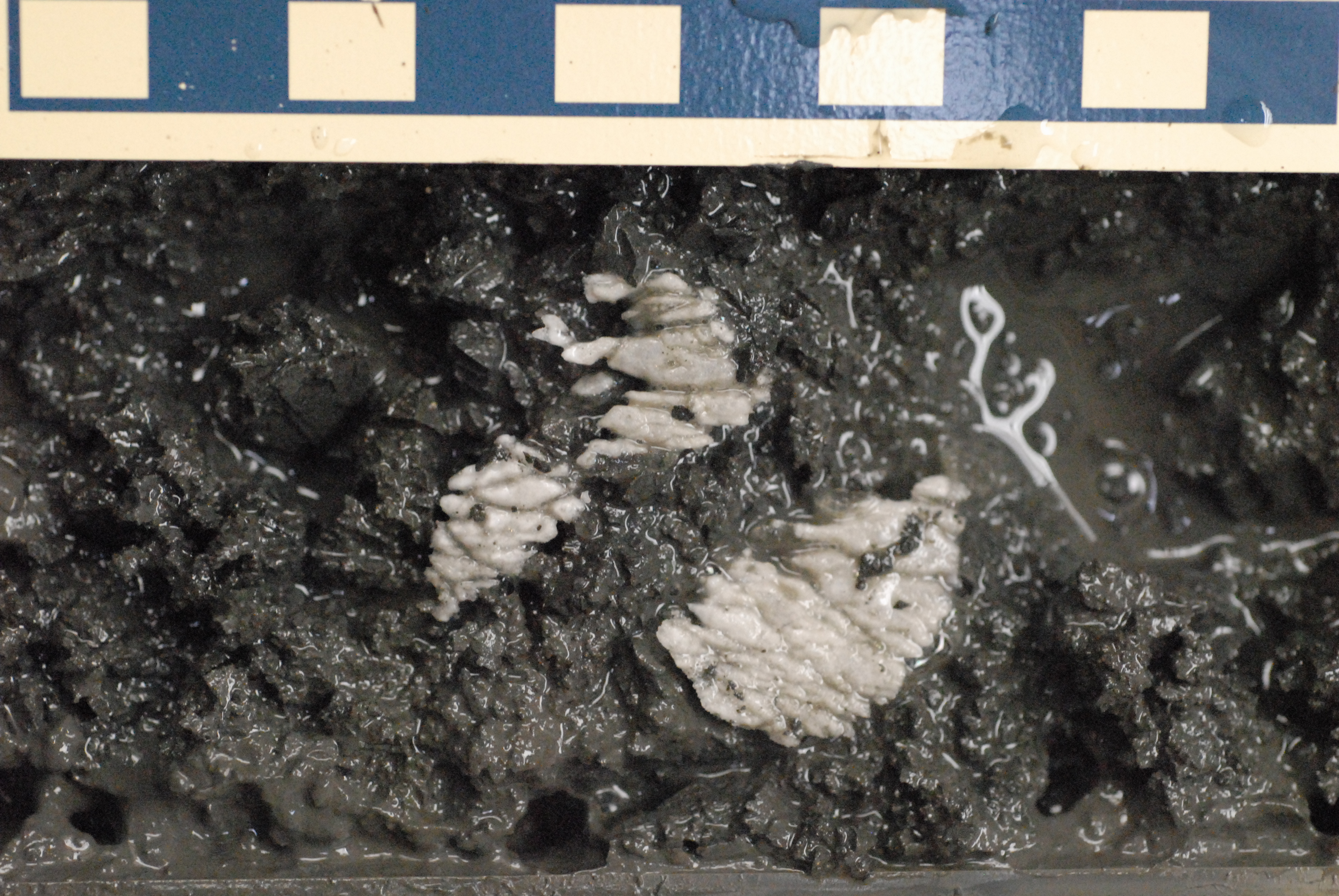 This image shows gas hydrates (the white material) in marine sediments from a test well drilled in the Indian Ocean in 2006 during the Indian National Gas Hydrate Program (NGHP) Expedition 01.

The NGHP Expedition 01 was designed to study the gas-hydrate occurrences off the Indian Peninsula and along the Andaman convergent margin with special emphasis on understanding the geologic and geochemical controls on the occurrence of gas hydrate in these two diverse settings. During NGHP Expedition 01, dedicated gas-hydrate coring, drilling, and downhole logging operations were conducted from 28 April 2006 to 19 August 2006. The NGHP Expedition 01 was planned and managed through a collaboration between the Directorate General of Hydrocarbons under the Ministry of Petroleum and Natural Gas (India), the U.S. Geological Survey, and the Consortium for Scientific Methane Hydrate Investigations led by Overseas Drilling Limited and FUGRO McClelland Marine Geosciences. Read more about the expedition here.