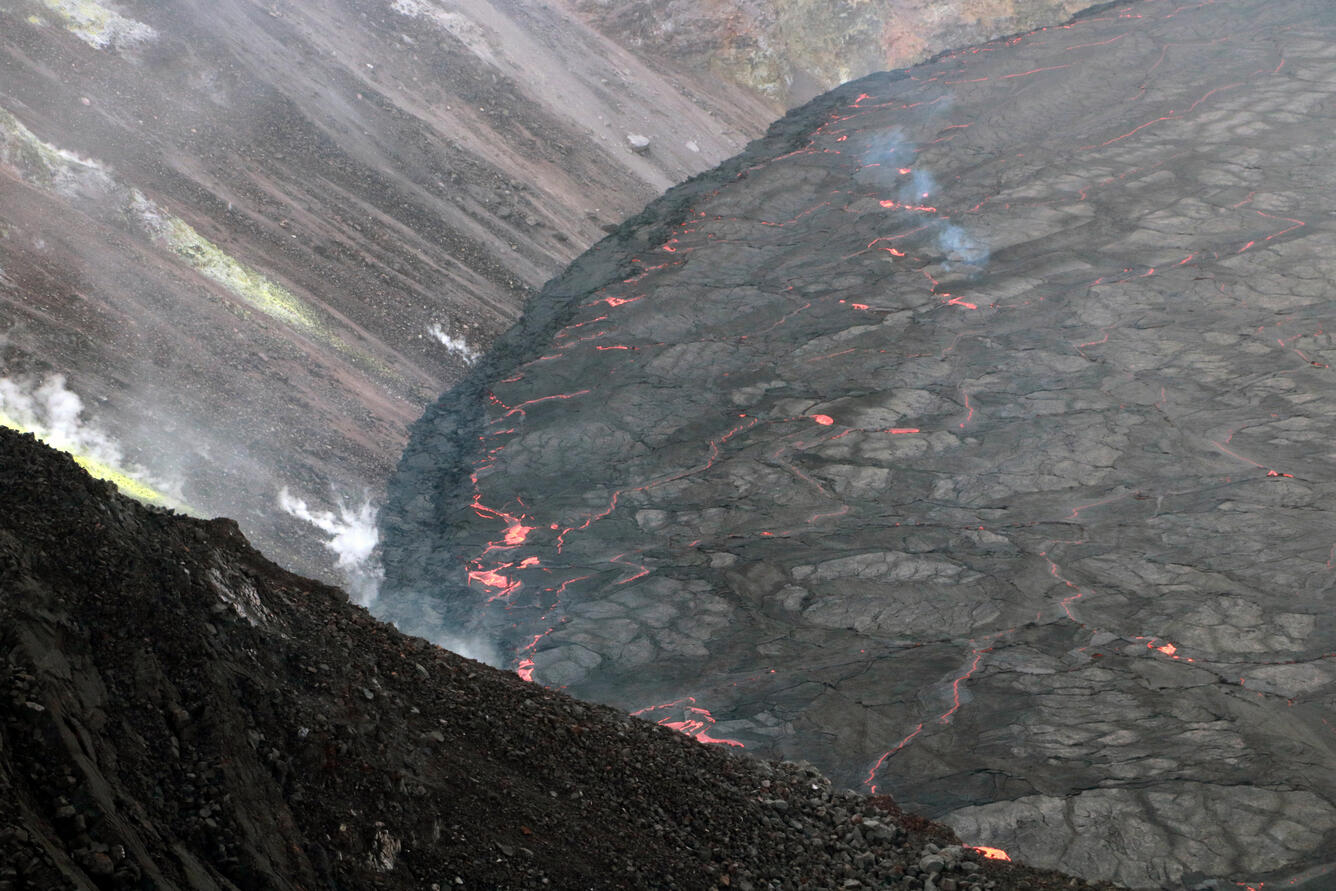 Telephoto aerial image of eruption in Halemaʻumaʻu at Kīlauea Volcano's summit taken during an overflight at approximately 7:30 a.m. HST on September 30, 2021. This photo shows the eastern portoin of the nascent lava lake, where it meets the wall of Halemaʻumaʻu crater. The lava lake has not exhibited widespread circulation overnight, with localized and discontinuous areas of crustal foundering (a process by which cool lava crust on the surface of the lava lake is overridden by less-dense liquid from below causing the crust to sink into the underlying lake lava). A narrow levee, visible as the darker band where the lava lake meets the crater wall, is forming along the perimeter of the lava lake. USGS image by K. Mulliken.