In 1994, USGS scientists recognized that despite increasing concern for many species of bats known or believed to be declining, the data necessary to determine population status and trends were fragmented among agencies and organizations. Thus began theUSGS Bat Population Data Project, which has become a multi-phase, comprehensive effort to compile existing population information for bats in the United States and Territories.

The initial phase of this project was developed to 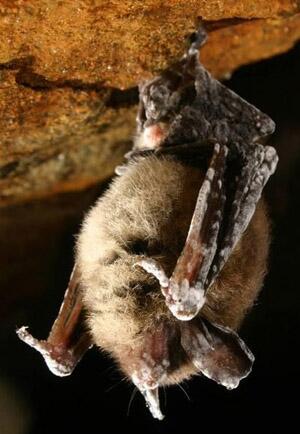 Next, a scientific workshop was convened to evaluate the current status of bat populations, the methods used to estimate their trends, and developing scientific goals for future monitoring programs. Participants included experts in bat biology, wildlife population monitoring, and wildlife population estimation. In 2003, the USGS Fort Collins Science Center published the results of the workshop in a USGS Information and Technology Report titled “Monitoring trends in bat populations of the United States and territories: Problems and prospects” (O’Shea and Bogan, 2003). This report includes a summary and analysis of the BPD v.1 data and its utility in guiding the design of future monitoring programs.

In the years since completion of BPD v.1 and workshop report, North American bat populations have continued to decline. Of particular concern have been the precipitous declines of hibernating bats affected by White-nose Syndrome (WNS), a novel fungal pathogen, as well as the significant threat to migrating bats from increasing wind energy development. These combined threats have generated renewed interest for data suitable for bat population estimation and trend analysis.

Currently, USGS scientists are responding to this need by upgrading, updating and extending the capabilities of BPD v.1 for better data management, accessibility and utility by USGS and data partners. 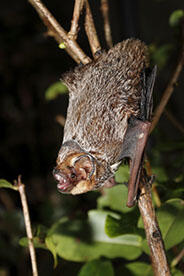 The objectives of this phase are to:

Development of the next version of the database, BPD v.2, began in April, 2012 with the first of two planned Beta releases occurring in August, 2012. The initial Beta release provides selected users the ability to search for bibliographic references to bat populations by location, date, and species. In addition, search reports can display species distribution maps and summary statistics of current BPD data holdings. The second Beta release, expected in October 2012, will provide additional metadata and data management capabilities. BPD v.2 will become fully operational and replace the existing BPD v. 1 in December 2012.

A plan for the North American Bat Monitoring Program (NABat)

The purpose of the North American Bat Monitoring Program (NABat) is to create a continent-wide program to monitor bats at local to rangewide scales that will provide reliable data to promote effective conservation decisionmaking and the long-term viability of bat populations across the continent. This is an international, multiagency program. Four approaches will be used to gather monitoring data
By
Ecosystems, Energy & Wildlife, Fort Collins Science Center, Northern Prairie Wildlife Research Center
June 1, 2014

Concern for migratory tree-roosting bats in North America has grown because of possible population declines from wind energy development. This concern has driven interest in estimating population-level changes. Mark-recapture methodology is one possible analytical framework for assessing bat population changes, but sample size requirements to produce reliable estimates have not been estimated. To
By
Ecosystems, Fort Collins Science Center
January 1, 1994

Monitoring trends in bat populations of the United States and territories: Problems and prospects

Bats are ecologically and economically important mammals. The life histories of bats (particularly their low reproductive rates and the need for some species to gather in large aggregations at limited numbers of roosting sites) make their populations vulnerable to declines. Many of the species of bats in the United States (U.S.) and territories are categorized as endangered or threatened, have bee
By
Ecosystems, Fort Collins Science Center