The magnetic needle in a compass is attracted by the magnetism of the Earth, and therefore always points to the constantly shifting Magnetic North Pole. The Geographic North Pole is static and is located about 1200 miles north of the Magnetic Pole. Maps and directions are usually oriented toward the Geographic Pole, also referred to as "True North." 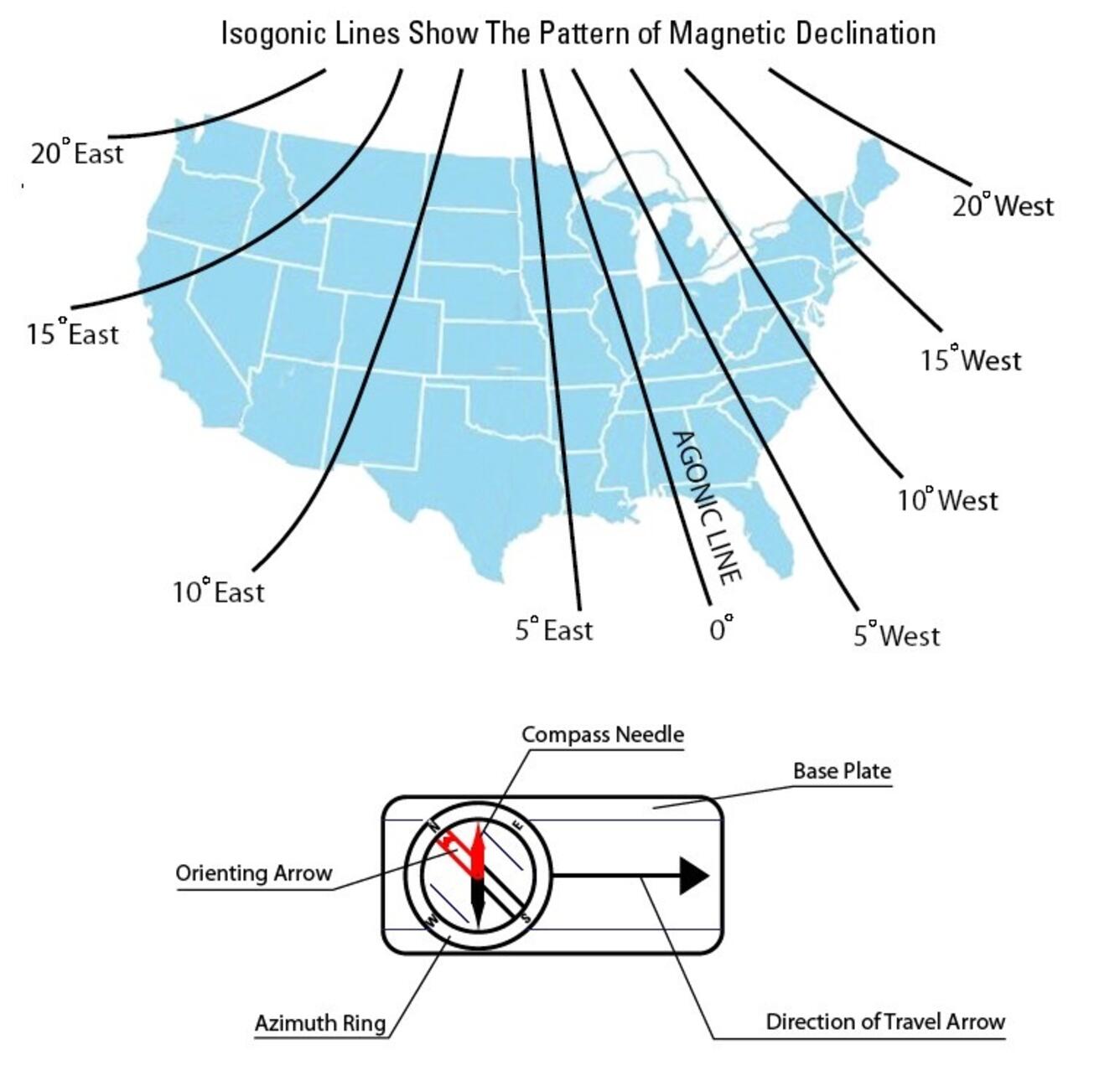