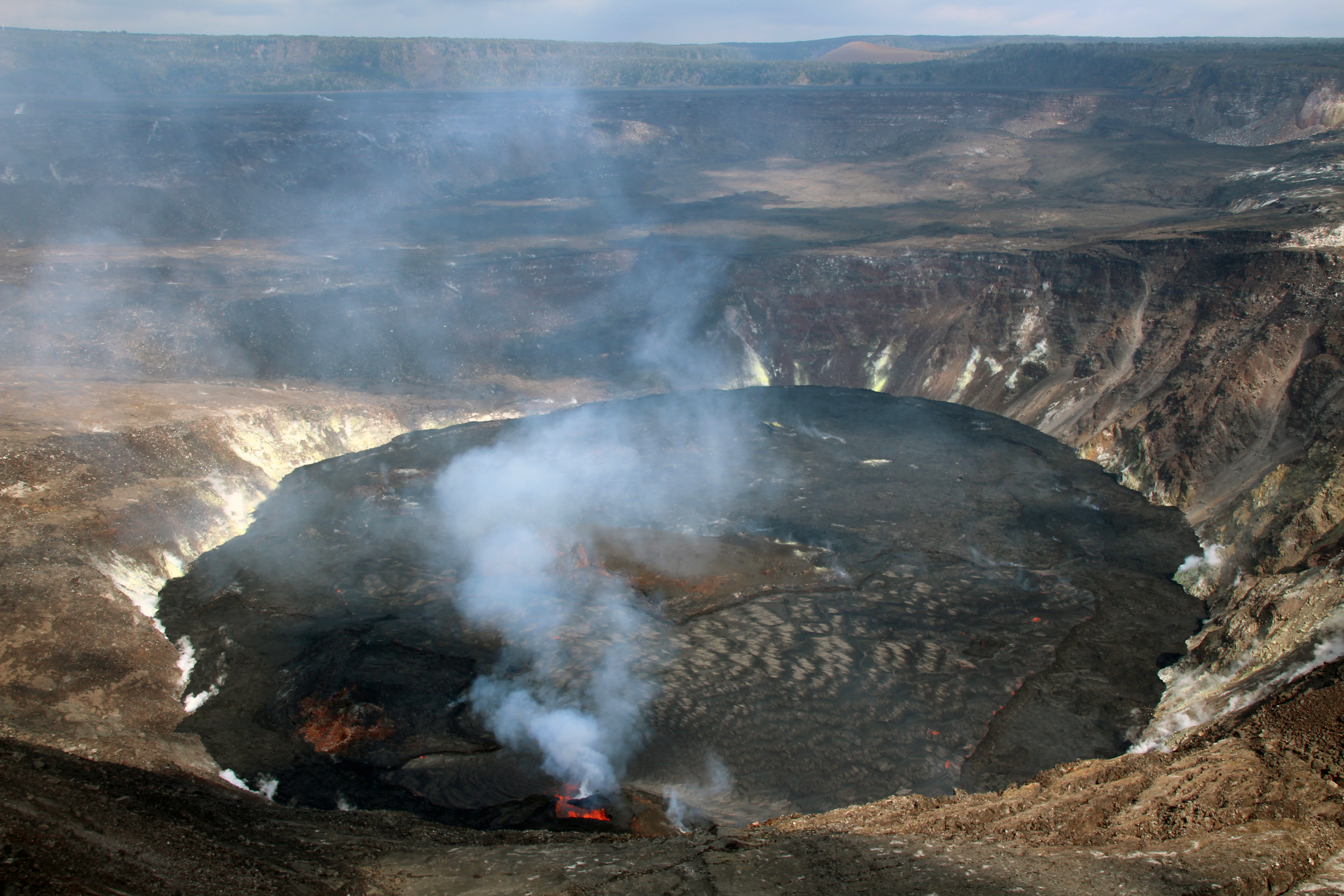 A wide view of the lava lake in Halema‘uma‘u, at the summit of Kīlauea, on November 1, 2021. This view, looking east, shows the west vent (bottom center) which continues to supply lava to the active portion of the lava lake, while the eastern portion (far side of lake) is crusted over. The active lake is primarily between the west vent source and the main island (center) and has a silver-gray appearance in this photo. The northeastern end of the lava lake has now risen high enough to start covering the lowest portion of the down-dropped block on the north side of Halema‘uma‘u (center left), formed during the 2018 Kīlauea caldera collapse. USGS photo by N. Deligne.