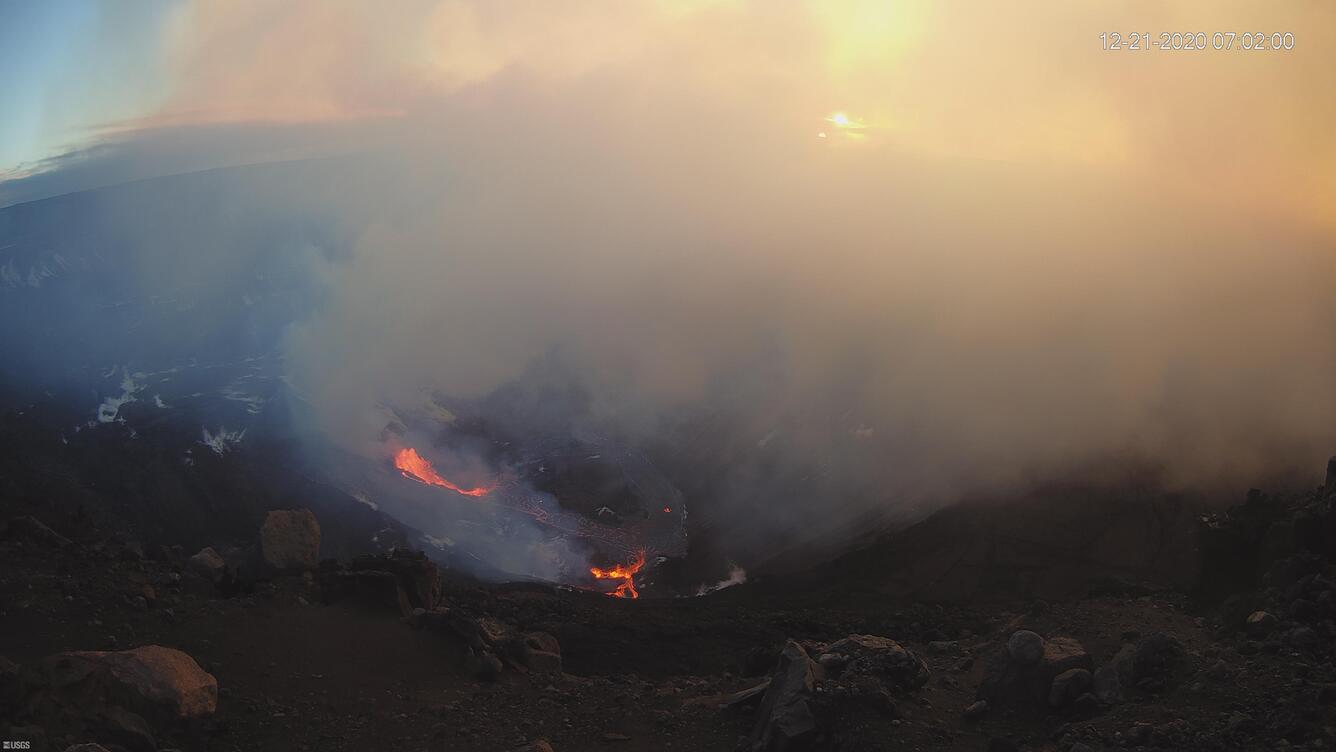 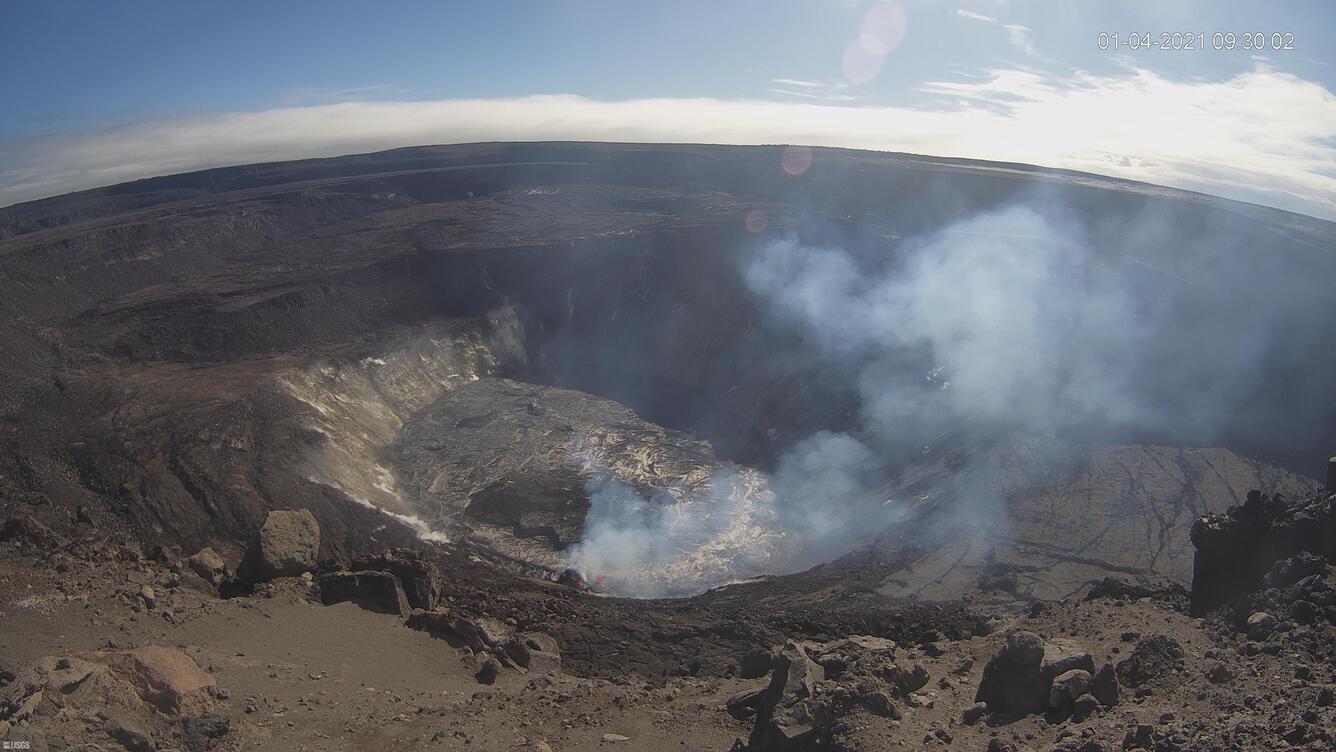 KWcam webcam images compare the changes within Halema‘uma‘u crater since the eruption at Kīlauea Volcano’s summit started two weeks ago. The left image, taken on December 21 at 7:02 a.m. HST, shows the west vent (lower center) and north vent (center left) both erupting lava that is cascading into the new lava lake. In the right image from this morning, January 4 at 9:30 a.m. HST, the west vent continues to erupt and feed the slowly rising lava lake. The inactive north vent shut down early on the morning of December 26, shortly after the west vent significantly increased in eruptive vigor. SO2 emission rates have decreased in the past two weeks, but remain elevated and were measured at about 4, 400 t/d on January 1. USGS webcam images.