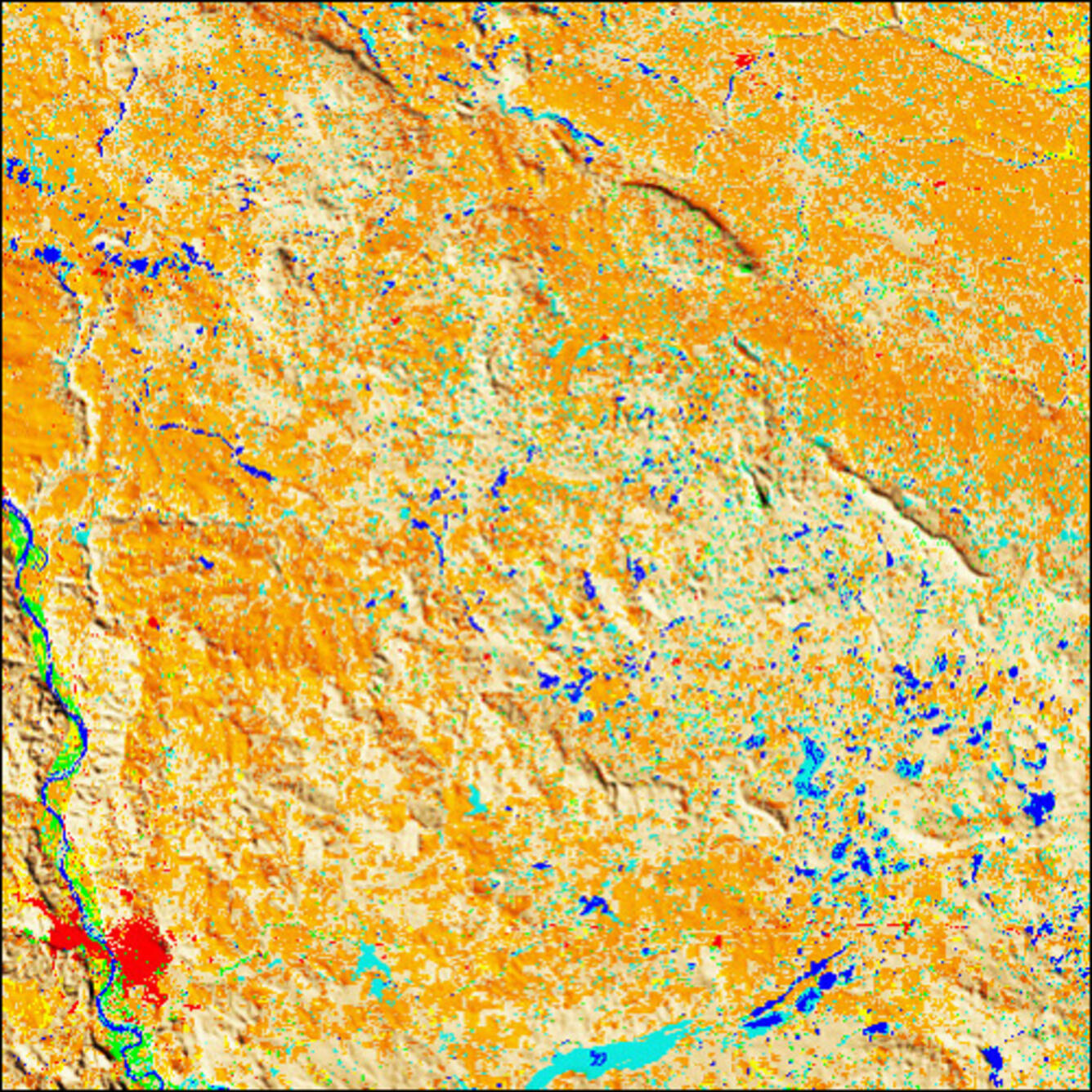 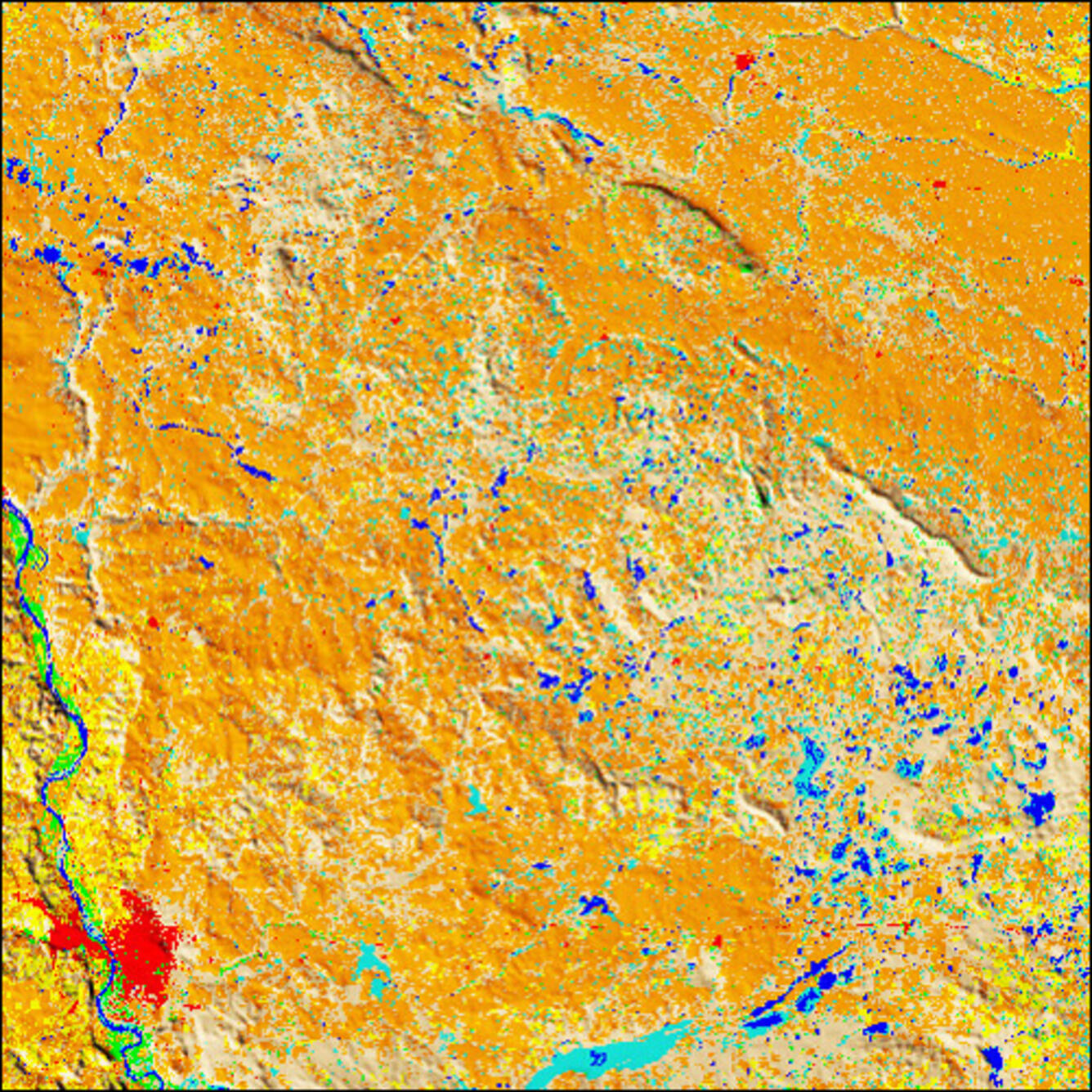 The IPCC SRES A1B scenario is marked by very high economic growth and a convergence of socioeconomic conditions. Population growth is relatively low, but a convergence of global living standards results in a high per-capita demand for food, fiber, and energy. As a result, there is an increase in the human footprint on the landscape, with a decline in natural land covers such as grassland, forest, and wetland.

In the Bismarck, North Dakota area, populations remain low, with only relatively small increases in the urban footprint. However, land-use change in the region is still high, as the demand for agricultural commodities results in a substantial expansion of both cultivated cropland and hay/pasture. High energy demand and the demand for biofuels help to drive agricultural expansion. Technological innovation plays a role in the increased use of renewable fuel sources, including both traditional biofuel crops (corn, soybeans), as well as cellulosic-based biofuel feedstocks such as switchgrass or miscanthus. With the expansion of agricultural lands, grassland in the region declines. With a focus on economic growth over environmental conservation, some loss of remaining wetlands also occurs.

The IPCC SRES A1B scenario emphasizes economic growth and a convergence of global socioeconomic conditions. Population growth is moderate, with a global increase to 9 billion by 2050, followed by a slow population decrease. High global cooperation and communication leads to a rapid global convergence of per capita Gross Domestic Product (GDP), technological innovation, and demographic patterns.

Economic growth is extremely high in the A1B scenario, and per capita energy demands are subsequently high. Balanced energy use results in continued use of fossil fuels, but rapid technological innovation results in increased energy efficiencies and the development of new sources of cleaner energy. The focus on environmental resources changes from "conservation" to "active management", although modest population growth and high economic growth allow for moderate environmental protections in some regions.