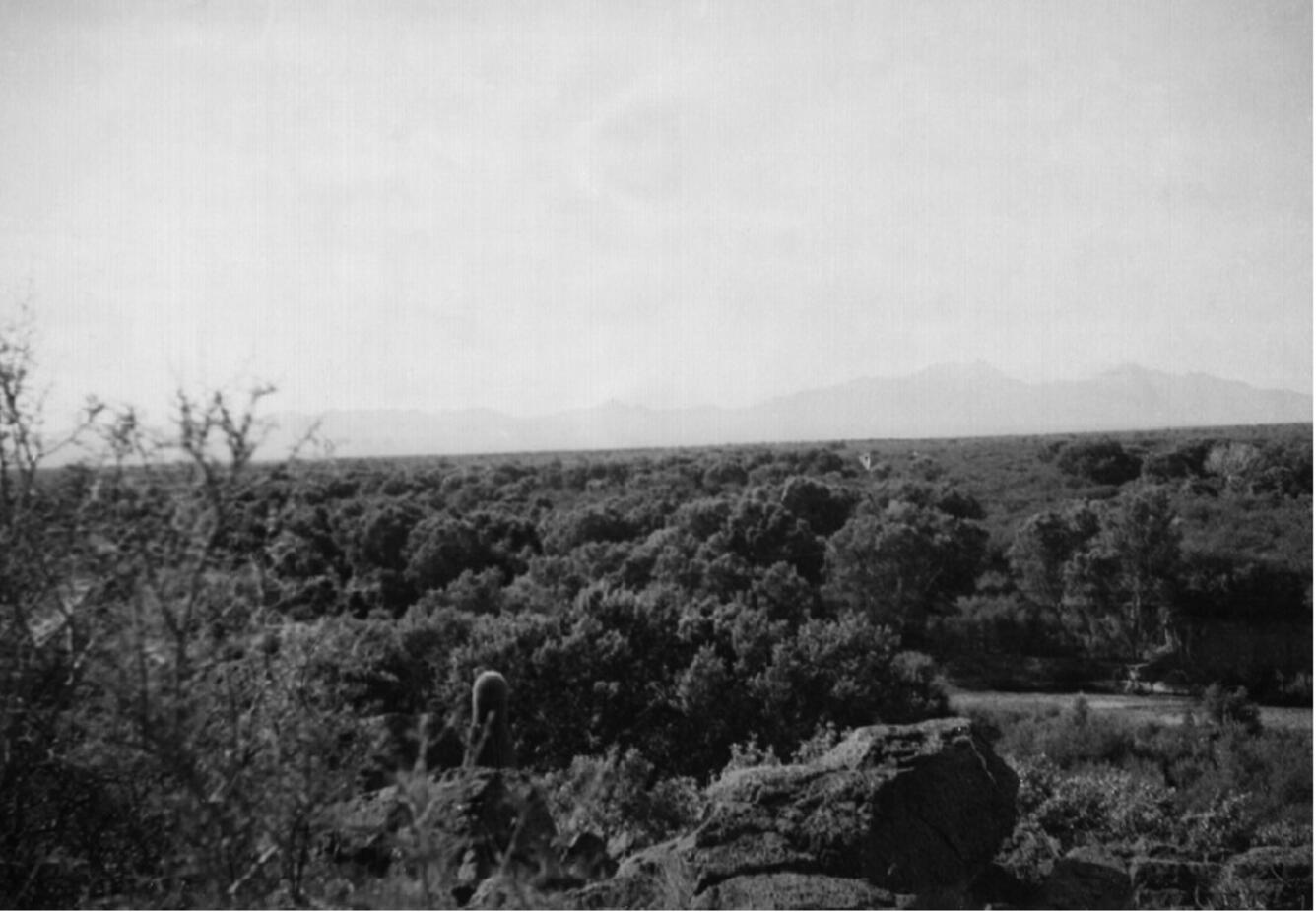 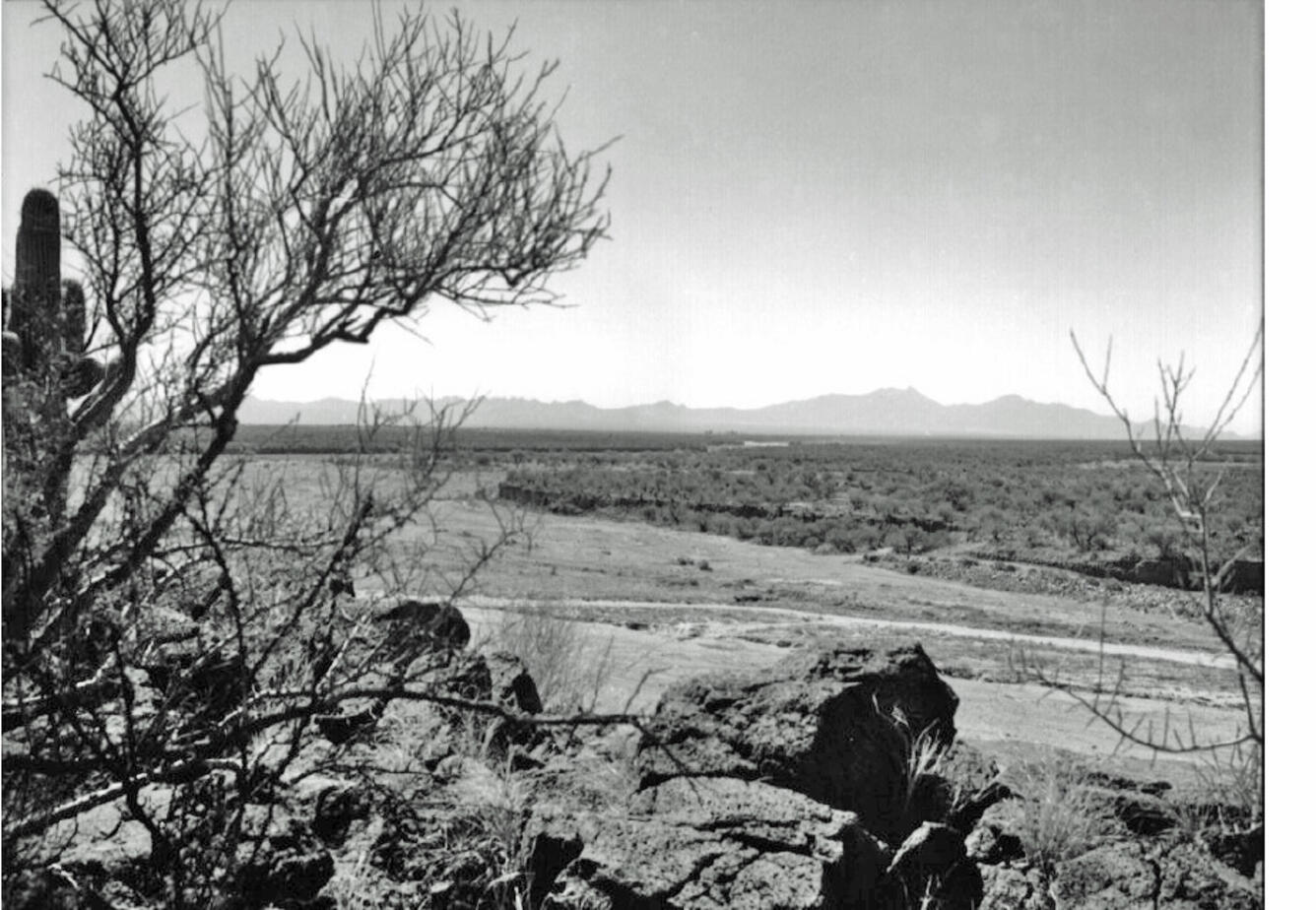 Perennial streams, springs, and wetlands in the Southwestern United States are highly valued as
a source of water for humans and for the plant and animal species they support. Development of
ground-water resources since the late 1800’s has resulted in the elimination or alteration of many
perennial stream reaches, wetlands, and associated riparian ecosystems. As an example, a 1942 photograph
of a reach of the Santa Cruz River south of Tucson, Ariz., at Martinez Hill shows stands of
mesquite and cottonwood trees along the river (left photograph). A replicate photograph of the same
site in 1989 shows that the riparian trees have largely disappeared (right photograph). Data from two
nearby wells indicate that the water table has declined more than 100 feet due to pumping, and this
pumping appears to be the principal reason for the decrease in vegetation.