40+ Years of Streamflow Drought in the Upper Colorado River Basin 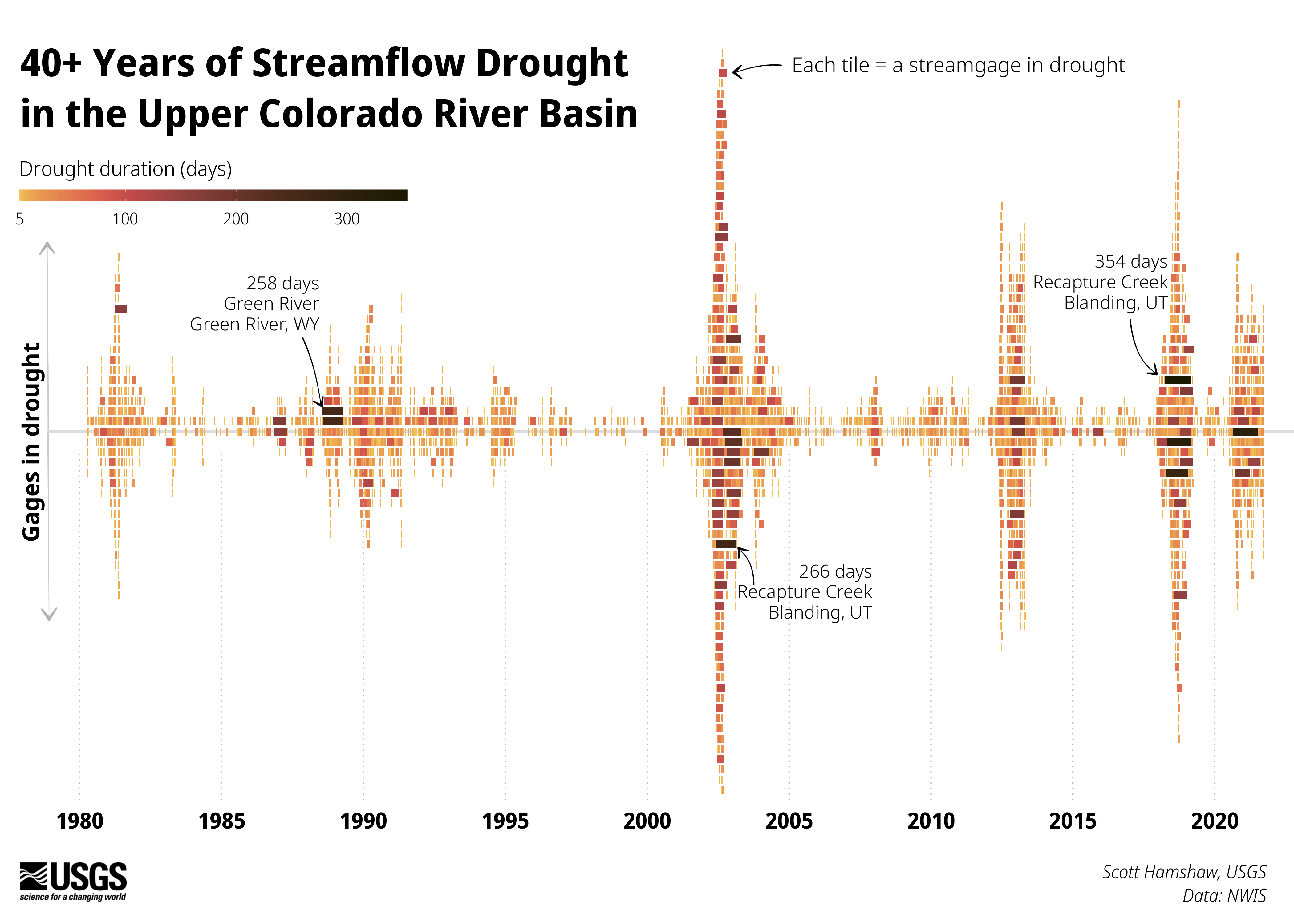 A time series of streamflow drought events occurring across 122 stream gages in the Upper Colorado River basin from 1980 to present. Periods of streamflow drought are indicated for each of 122 gages in a beeswarm-like chart, with time on the x-axis. During time periods where many gages experienced drought, the swarm bulges due to many co-occurring events. Widespread drought events appear in 1982, 2002-2003, 2012-2013, and 2018. It appears that larger drought events are more common in the recent past, and that drought duration is generally increasing over time. The largest period of simultaneous drought across gages occurred in 2002. Across gages, the Recapture Creek sites near Blanding, UT has had some of the longest drought events, with 266 and 354 days of drought starting in 2002 and 2018, respectively