A Male Spectacled Eider in Alaska 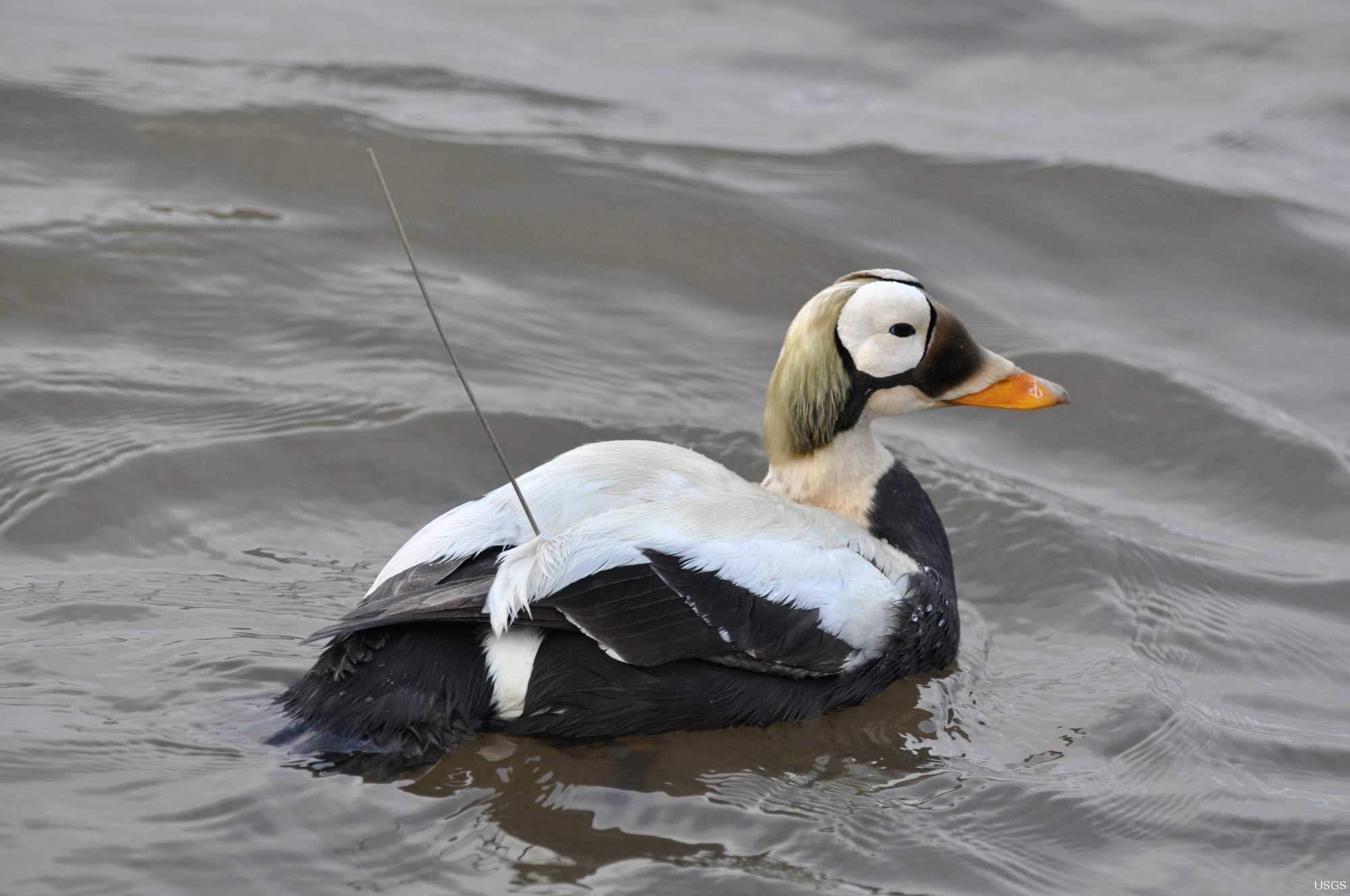 A male spectacled eider following implantation of a satellite transmitter in the Colville River delta in June 2009. After breeding numbers of spectacled eiders, a large sea duck, declined by 96 percent at a primary breeding area in Alaska, the species was listed as threatened. Potential risks to eiders include being subjected to increased exposure during storms in winter, changes in foods because of declining ice, and warming temperatures in the Bering Sea.