A photo of Beacon Rock 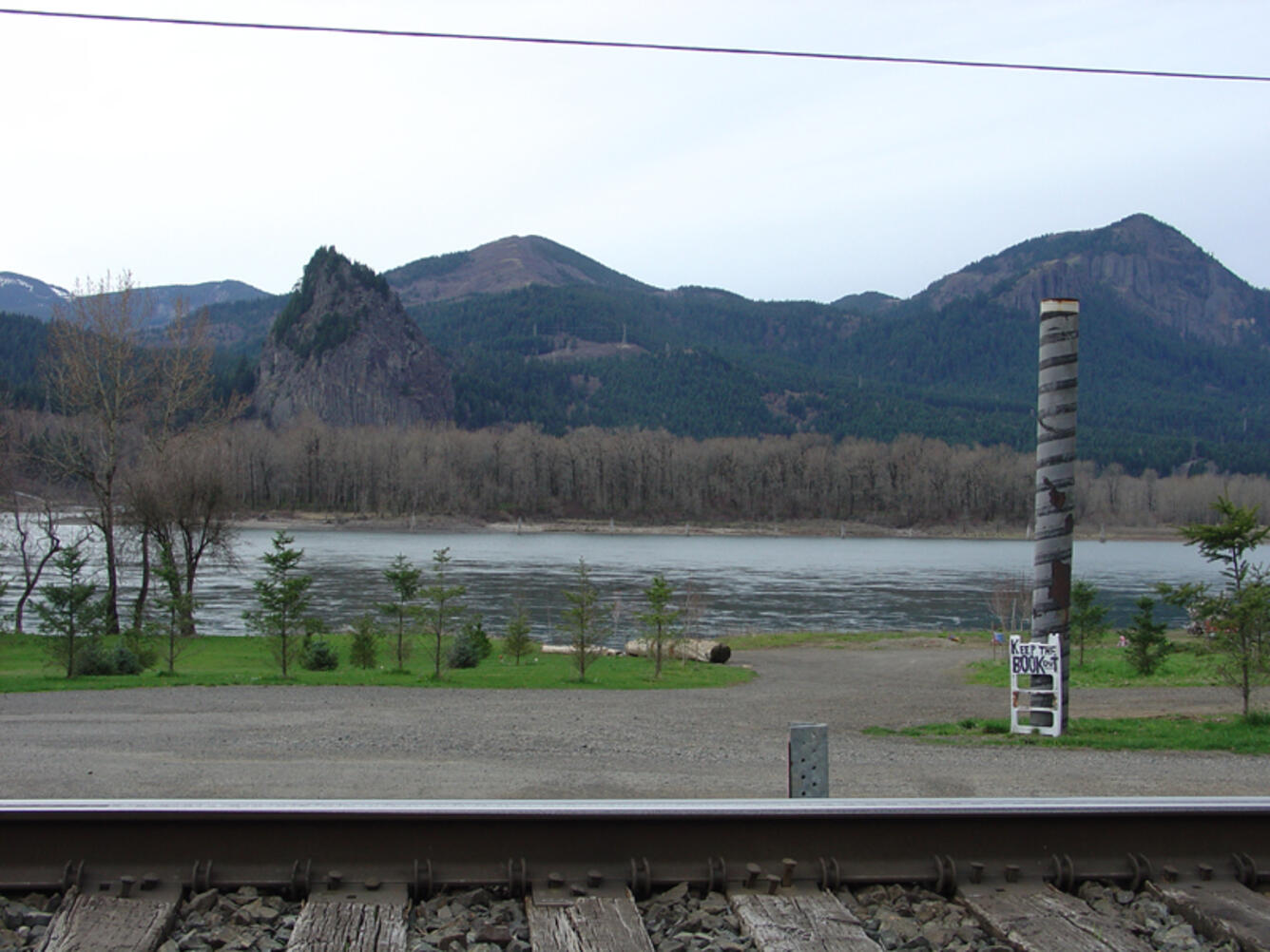 Beacon Rock (located on the Washington side of the river) is a prominent landmark on the Washington side of the Columbia River just downstream of the Bonneville Dam on the Columbia River. Beacon Rock was named by Clark on November 2, 1805. It was here that the expedition crew first observed Pacific Ocean tidewater (Jenkinson and others, 2009). Beacon Rock is a young volcanic neck dated to be about 50,000 to 60,000 years old (Norman and Roloff, 2004).

A photo of Beacon Rock