Aerial view of the edge of a large walrus haulout 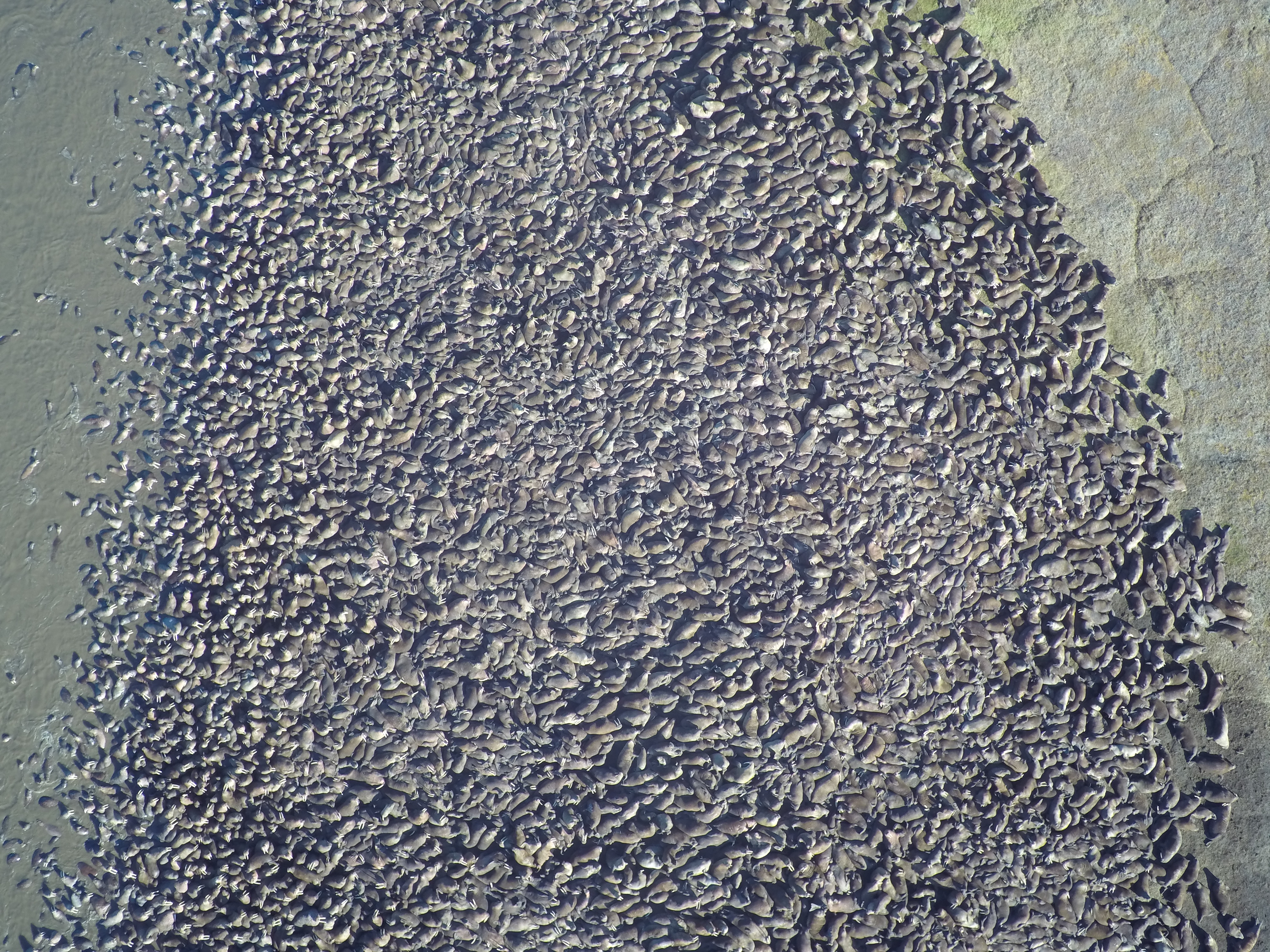 Aerial view of the edge of a large walrus haulout on the northwestern shores of Alaska.  The image was taken using an unoccupied aerial system, commonly referred to as a survey drone that was flown to collect imagery of walruses resting on shore for purposes of estimating the abundance of walruses that use the U.S. Chukchi Sea waters during the autumn. This survey work was conducted under Marine Mammals Protection Act permit number MA801652-7 at altitudes and in a manner that minimized potential disturbances to walruses resting on land.  Access to the lands was arranged through the landowners and authorized under the North Slope Borough permit 18-449.