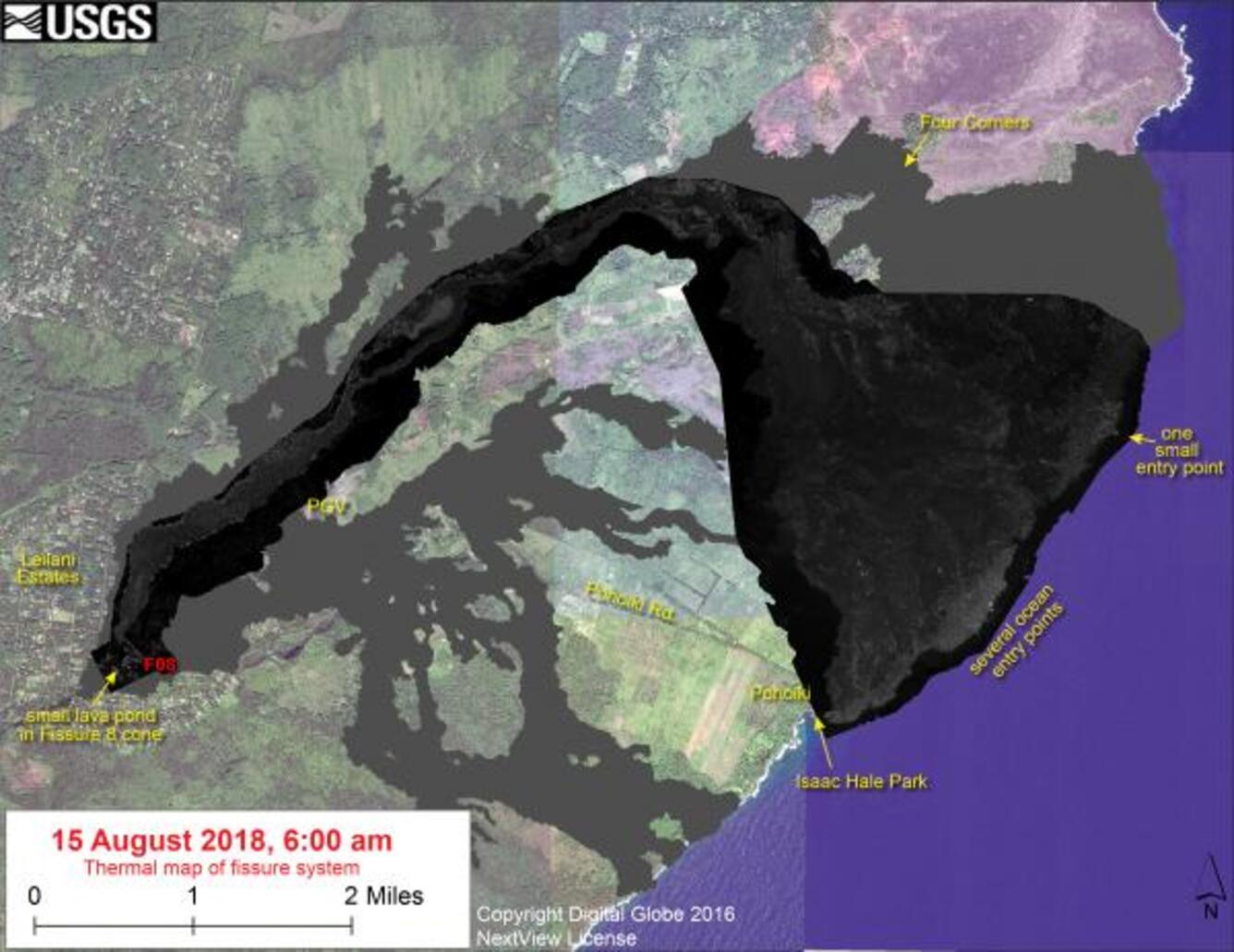 This thermal map shows the fissure system and lava flows as of 6 am on Wednesday, August 15. Residual lava in the Fissure 8 flow continues to drain, feeding numerous small ocean entries. In the Fissure 8 cone there was a single, small lava pond. The black and white area is the extent of the thermal map. Temperature in the thermal image is displayed as gray-scale values, with the brightest pixels indicating the hottest areas. The thermal map was constructed by stitching many overlapping oblique thermal images collected by a handheld thermal camera during a helicopter overflight of the flow field. The base is a copyrighted color satellite image (used with permission) provided by Digital Globe.