Block ejected from summit of Mauna Loa less than 1,000 years ago 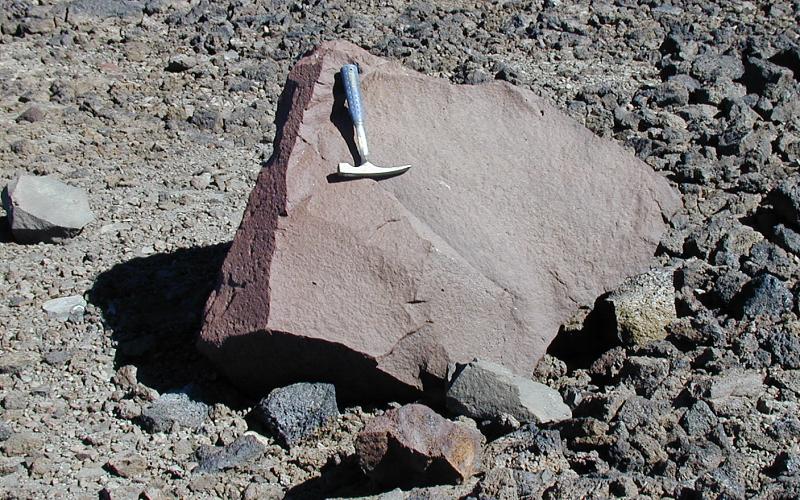 The presence of explosion debris on the east and west sides of Mauna Loa's summit caldera points to explosive origins. Blocks and other tephra were erupted sometime during or after the caldera formed, less than 1,000 years ago. Most consist of pieces of old lava flows, but some blocks on the west side are coarse grained (gabbro is the official rock name) and probably came from intrusions that cooled slowly enough for minerals to grow large. The blocks were hot when hurled from the caldera, as can be determined by the pattern of cooling cracks within the blocks.