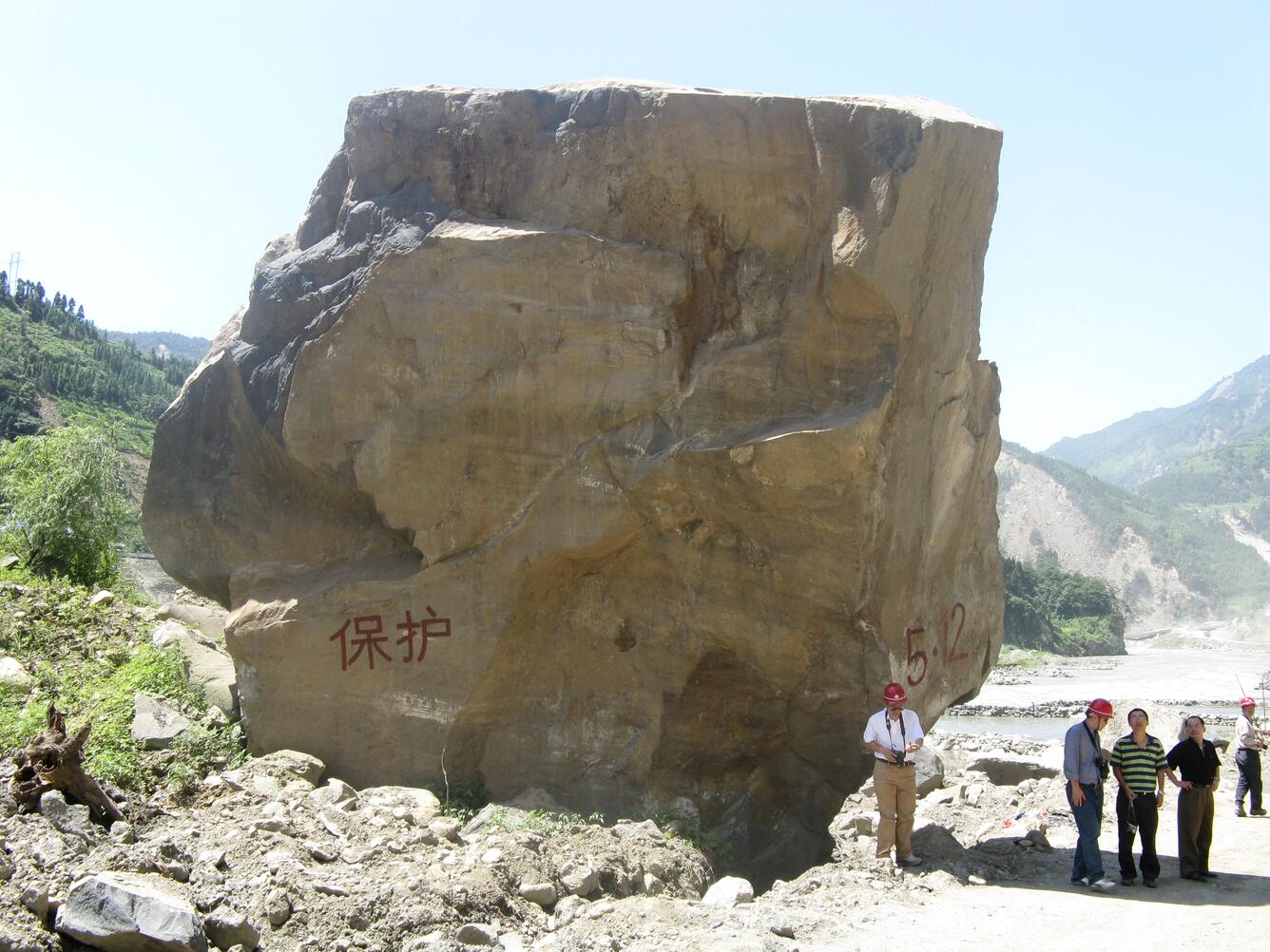 The May 12, 2008, Great Sichuan Earthquake, also called the Wenchuan Earthquake, occurred at 14:28 local time, in Sichuan Province, China. The earthquake magnitudes were Mw = 7.9 (USGS), Ms = 8.0 (Chinese Earthquake Administration). The epicenter was 80 km west-northwest of Chengdu, the capital city of Sichuan province. Damage by earthquake-induced landslides was catastrophic and accounted for many of the casualties. This photo is of a large Boulder dislodged during the 2008 earthquake, near the epiecentral area. The Chinese word on the rock translates as "Protection" in English.