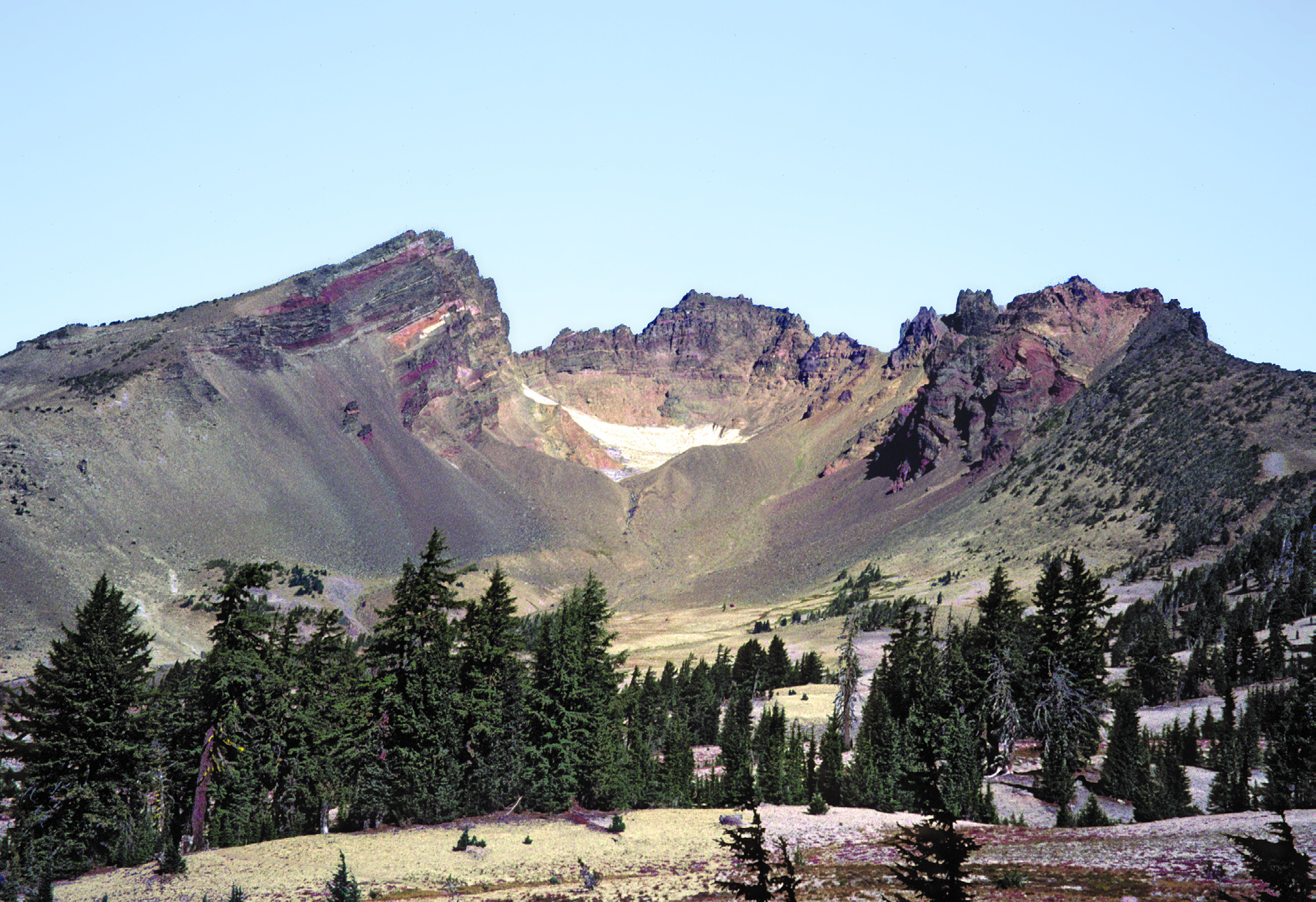 Radially dipping strata of the cone include subequal proportions of lava flows and flow breccias and of proximal agglutinate and scoria falls, nearly all having 54 to 56 percent SiO2. Numerous mafic dikes and sills intrude the cone, and an apron of compositionally similar mafic lavas extends far outward from the cone. Skyline crags behind buttress at right are top of a central intrusion 400 m wide, also with 54 percent SiO2. Altered core of the edifice was eviscerated by glacial erosion, probably by enlargement of an old crater (suggested by internal unconformities). Unusual orientation of the cirque, open to the southeast, might suggest sector collapse, but no avalanche deposit is recognized. Neoglacial moraine obscures small ice remnant. Orange layer on left wall is 20-m-thick dacitic pyroclastic deposit, which (along with two thinner such layers) interrupted the mafic monotony of the cone-building sequence. Relief visible in image is about 600 m.