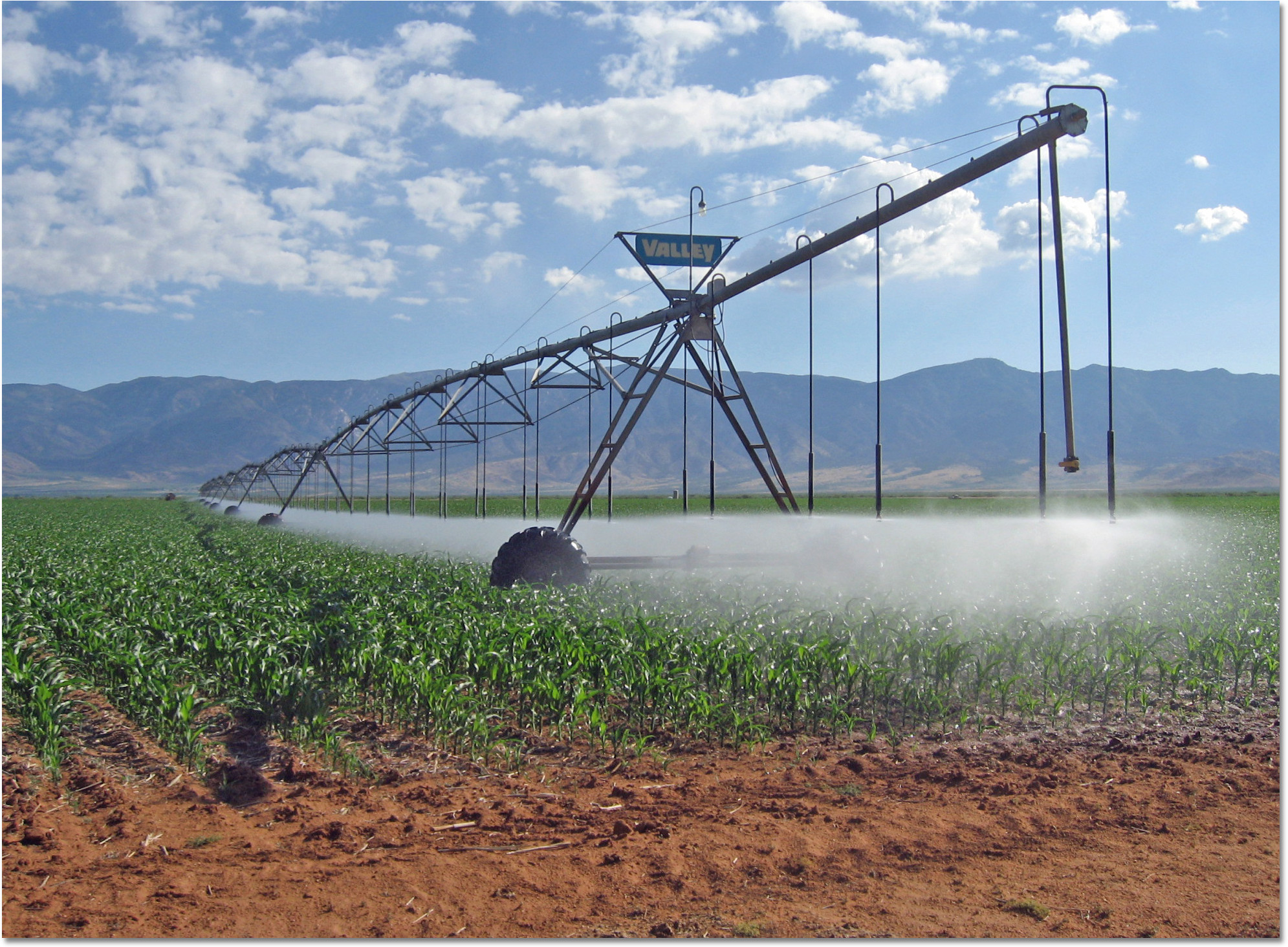 If you've looked out of an airplane window while flying over the central or western United States, chances are you saw lot of the "little" circles on the ground. They are center-pivot irrigation circles. The circles might look tiny from the sky, but down on the land surface, these devices can be huge, stretching thousands of feet.

In these systems, water is pumped from a well in the center of the circle from an underground aquifer and distributed through a giant pipe hundreds of yards long; the whole systems pivots around a central point. Each triangular strut must have an engine to turn the wheels, and they must all turn at a slighly different speed.

In this picture, the water is being sprayed just right above the crop, but moreso in the past, there were large "guns" shooting water in all directions from the top of the horizontal pipe. That method certainly irrigated crops quicker, but was less efficient, in that more of the valuable water evaporated in the air, as compared to this system.