Close-Up of a Radio Transmitter on an Invasive Burmese Python 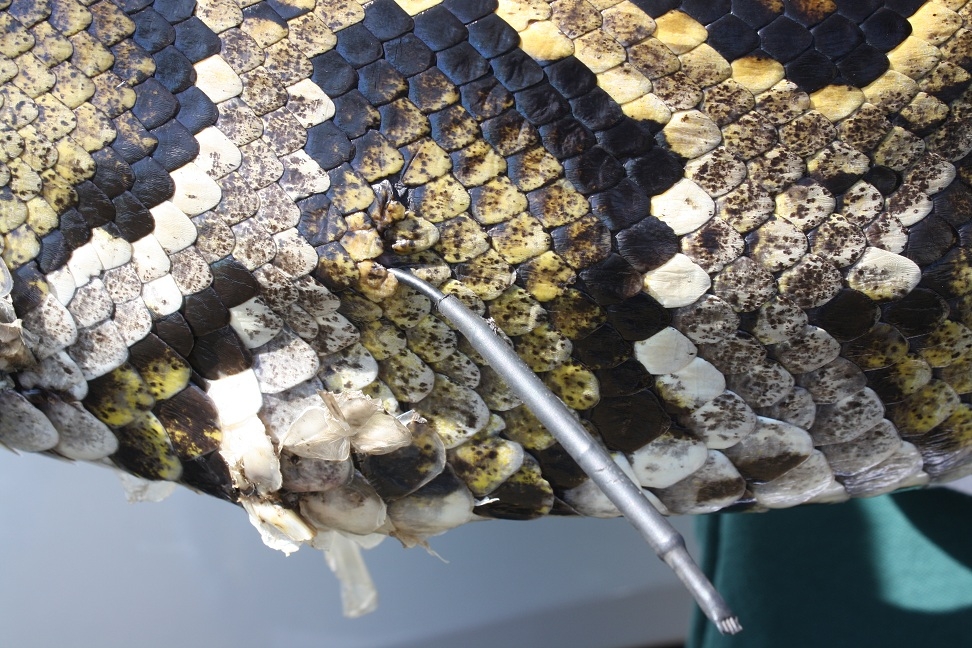 This close-up is of the radio-transmitter on a 16 1/2-foot python. The snake, being removed from the wild by USGS and NPS personnel, was re-captured in a thicket in Everglades National Park in April 2012. After its first capture, the snake was equipped with a radio-transmitter and an accelerometer as part of one of the Burmese python projects led by USGS to learn more about the biology of the species to help in efforts to develop better control methods.