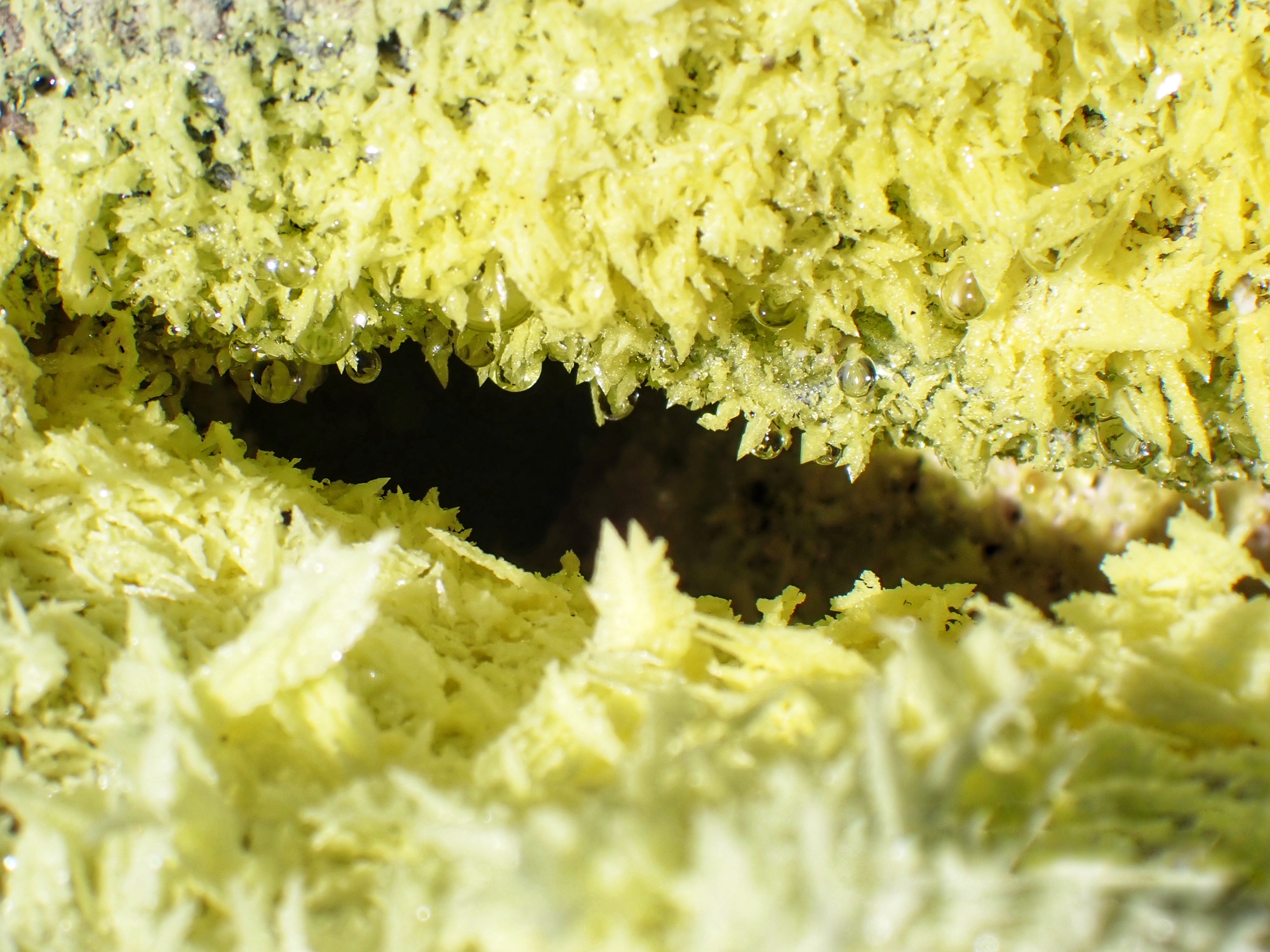 A close-up image of native sulfur crystals that formed within fumaroles at the Sulphur Banks in Hawai‘i Volcanoes National Park. In addition to sulfur species and other gases, volcanoes emit water vapor. Here, some of the vapor has condensed to liquid water and formed droplets visible on the sulfur crystals. USGS photo by P. Nadeau.