Close-up view of remaining lava lake within Halema‘uma‘u, May 18, 2021 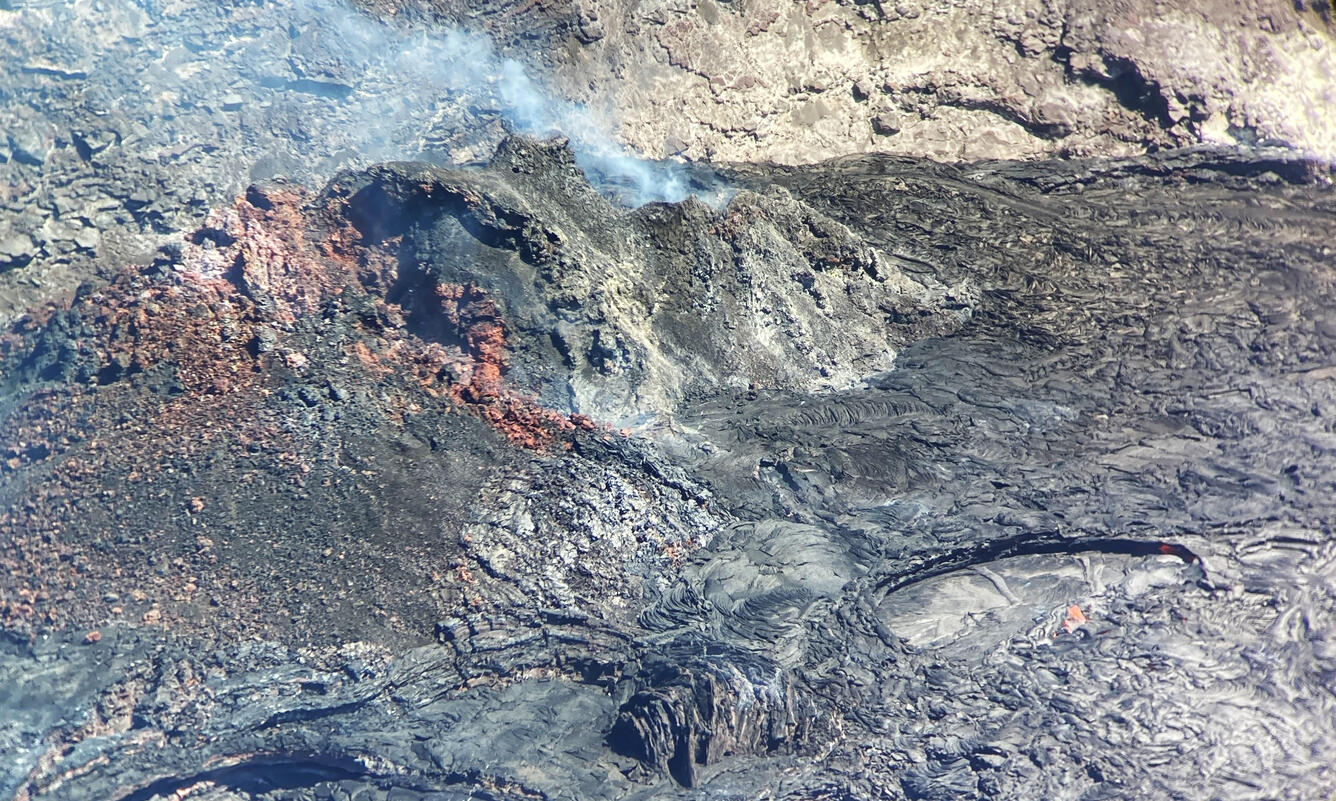 This close-up view of the of the Halema‘uma‘u lava lake at the summit of Kīlauea was captured on Tuesday, May 18. During an approximately one-hour visit to the crater rim, USGS Hawaiian Volcano Observatory scientists' only observation of active lava was the crustal foundering event captured here, which lasted approximately five minutes. All that remains of the active lava lake surface is the smoother kidney-shaped feature around the incandescence in the lower right; the scientists estimated that it measured less than 30 m (98 ft) in length. The the remaining lava lake is framed by the western fissure in the left and center of this photo.