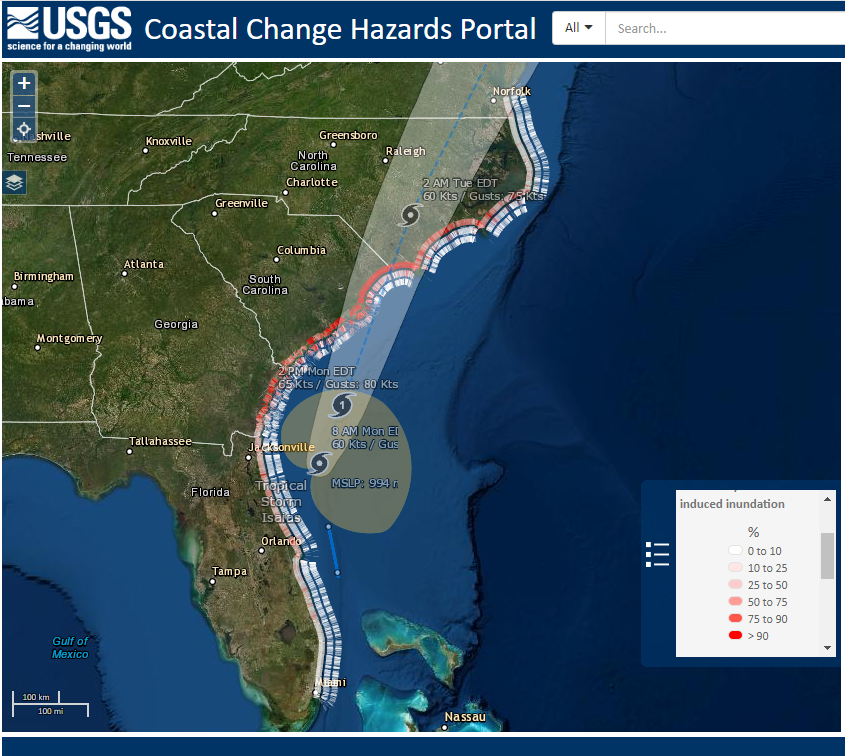 As Hurricane Isaias approached the U.S. east coast, the USGS Coastal Change Hazards team produced a series of forecasts for impacts on the beach. Forecasts were updated daily based on wave and storm surge forecasts from NOAA. Prior to landfall on August 3, 2020, the Coastal Change Hazards Team forecast that 64 percent of South Carolina beaches were very likely to erode at the base of the dunes. In addition, 13 percent of dunes were forecast to be very likely to be overwashed by storm waves. None of the dunes were forecast to be inundated. In addition to informing the public, forecasts were used to determine placement of sensors for USGS real-time response to Hurricane Isaias.