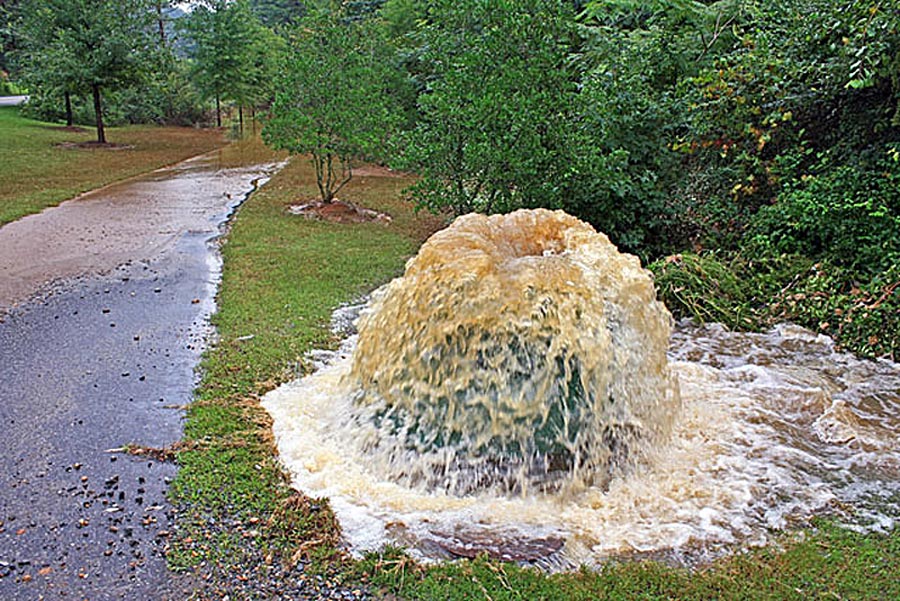 Epic September 2009 flooding around Atlanta, Georgia. An overflowing sewer on Riverside Road, Roswell, Georgia. Likely this is a storm sewer, designed to carry stormwater runoff off of streets, that cannot handle the volume of runoff.
In older sections of Atlanta there are combined sewer systems that are sewers that are designed to collect rainwater runoff, domestic sewage, and industrial wastewater in the same pipe. These overflows, called combined sewer overflows (CSOs) contain not only stormwater but also untreated human and industrial waste, toxic materials, and debris. They are a major water pollution concern for the approximately 772 cities in the U.S. that have combined sewer systems (EPA). The City of Atlanta is spending about $3 billion dollars to put in separate storm and waste systems in the metro Atlanta area.