Comparing Kīlauea's summit before and after the 2018 collapse 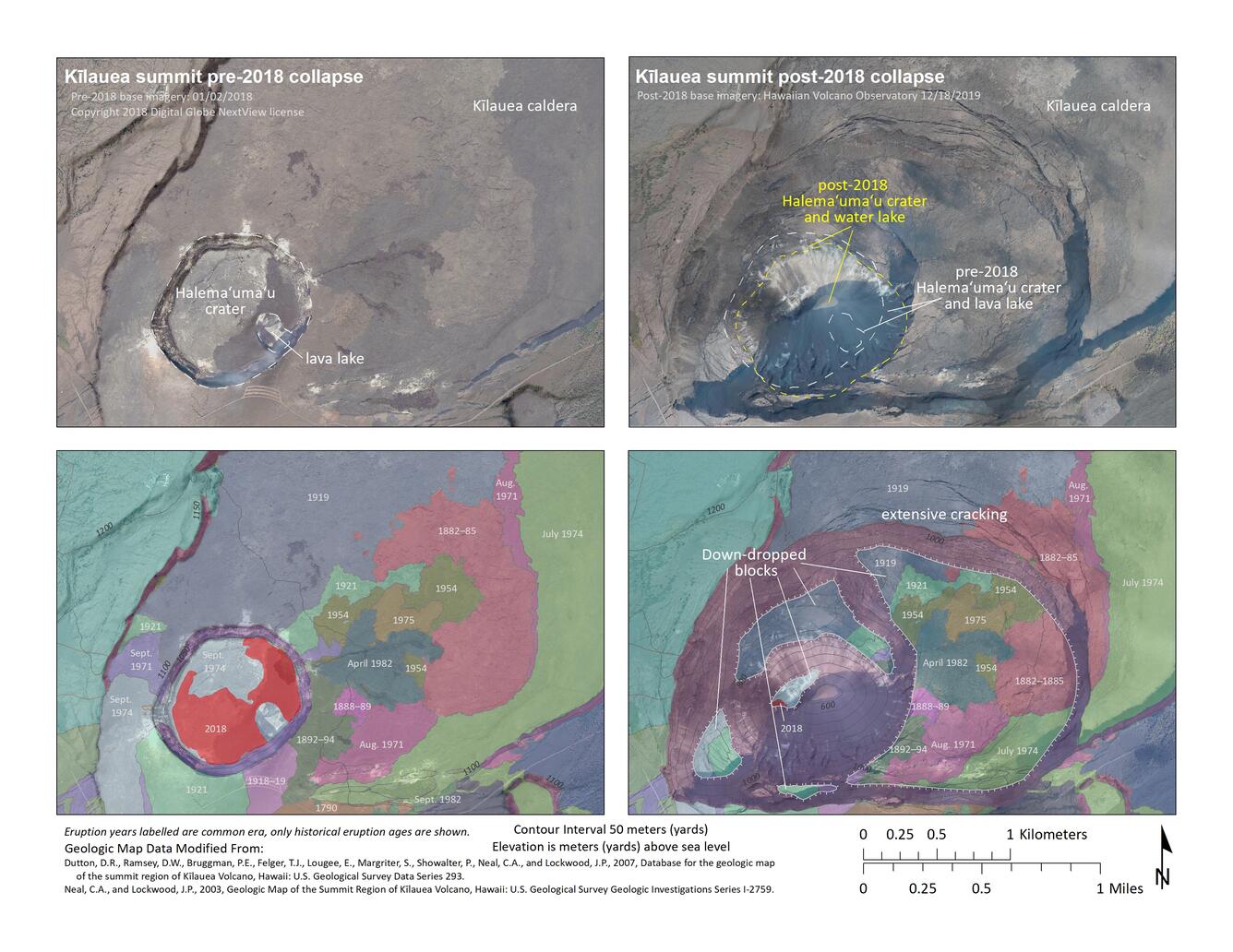 This series of maps compares aerial imagery collected prior to Kīlauea's 2018 summit collapse and the "Geologic Map of the Summit Region of Kīlauea Volcano, Hawaii" (Dutton and others, 2007; Neal and others, 2003)—created before Kīlauea's 2018 summit collapse—with aerial imagery collected after the 2018 summit collapse and a preliminary update to Kīlauea's summit geologic map. The floor of Halema‘uma‘u crater used to consist of lava flows erupted in 1974 and 2018. Most of these deposits are now part of the rubble at the base Halema‘uma‘u crater. In addition, portions of Kīlauea caldera floor, which is a mosaic of different-aged lava flows, were lowered over one hundred meters (yards) and likely shifted laterally as a result of the 2018 Kīlauea summit collapse (informally referred to as "down-dropped blocks"). Whereas Halema‘uma‘u used to host an active lava lake, a growing lake of water now occupies its base.