Cross section through the Earth showing the Yellowstone mantle plume 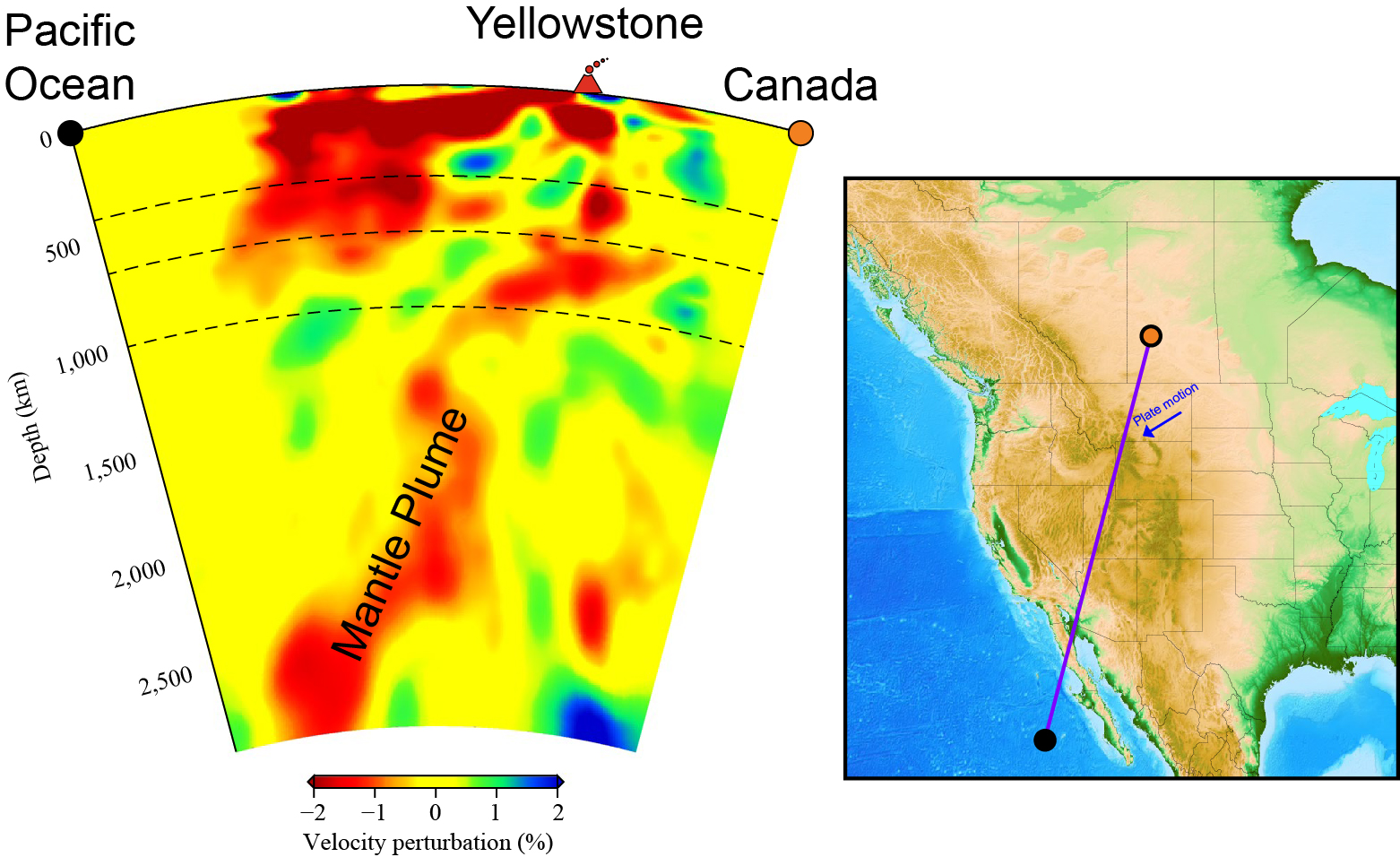 Depth cross section through the Earth, form the surface to the core-mantle boundary. The location of the section is shown by the purple line on the map. Warm colors indicate slower seismic velocities, which are areas of higher temperature. A plume of hot material originates at the core-mantle boundary and extends upward to the Yellowstone hotspot (marked by the volcano symbol at the surface). Figure is from the manuscript "Lower-mantle plume beneath the Yellowstone hotspot revealed by core waves," by Peter Nelson and Stephen Grand and published in Nature Geoscience. Used with permission.