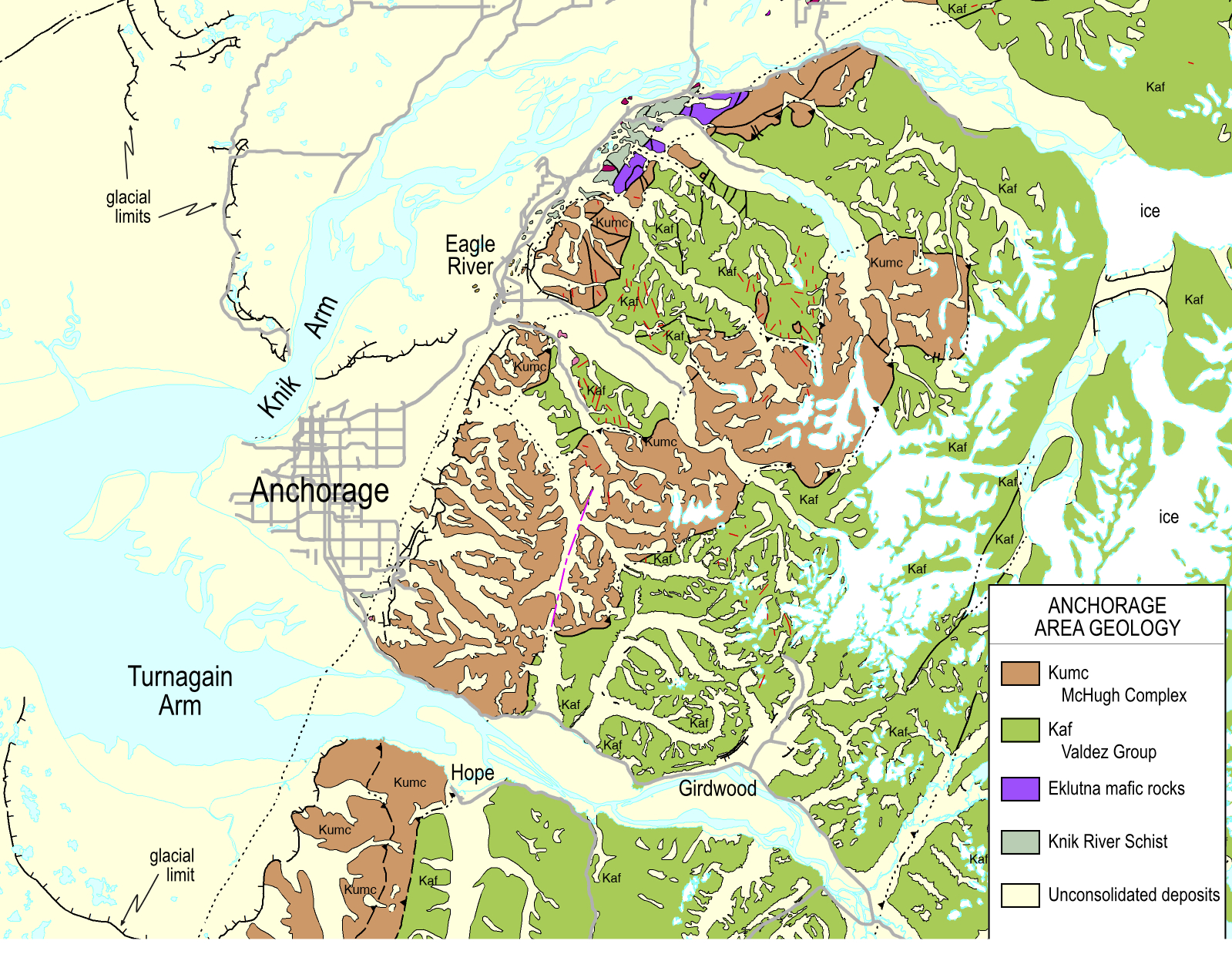 This map detail, of the Anchorage area, shows the city spread out on a plain of loose glacial deposits shown in yellow, and the bedrock making up the hillsides of Anchorage shown in green and brown. The rocks shown in green, called the Valdez Group, are sedimentary rocks formed in a trench 65 to 75 million years ago from thousands of undersea debris flows similar to the modern Aleutian trench where oceanic crust dives under continental crust (a subduction zone). The rocks shown in brown on the map are a chaotic mix of rock types called the McHugh Complex that were also formed about the same time, adjacent to this ancient subduction zone. Some time after deposition of the Valdez Group, hot fluids formed gold-bearing quartz veins; the veins were mined starting in the 1890's. The rocks were pushed up, and attached (accreted) to North America through plate tectonic forces in the past 65 million years. The dotted line passing through the east side of Anchorage is the approximate trace of the Border Ranges Fault system, the boundary between the accreted rocks and the rest of the continent.