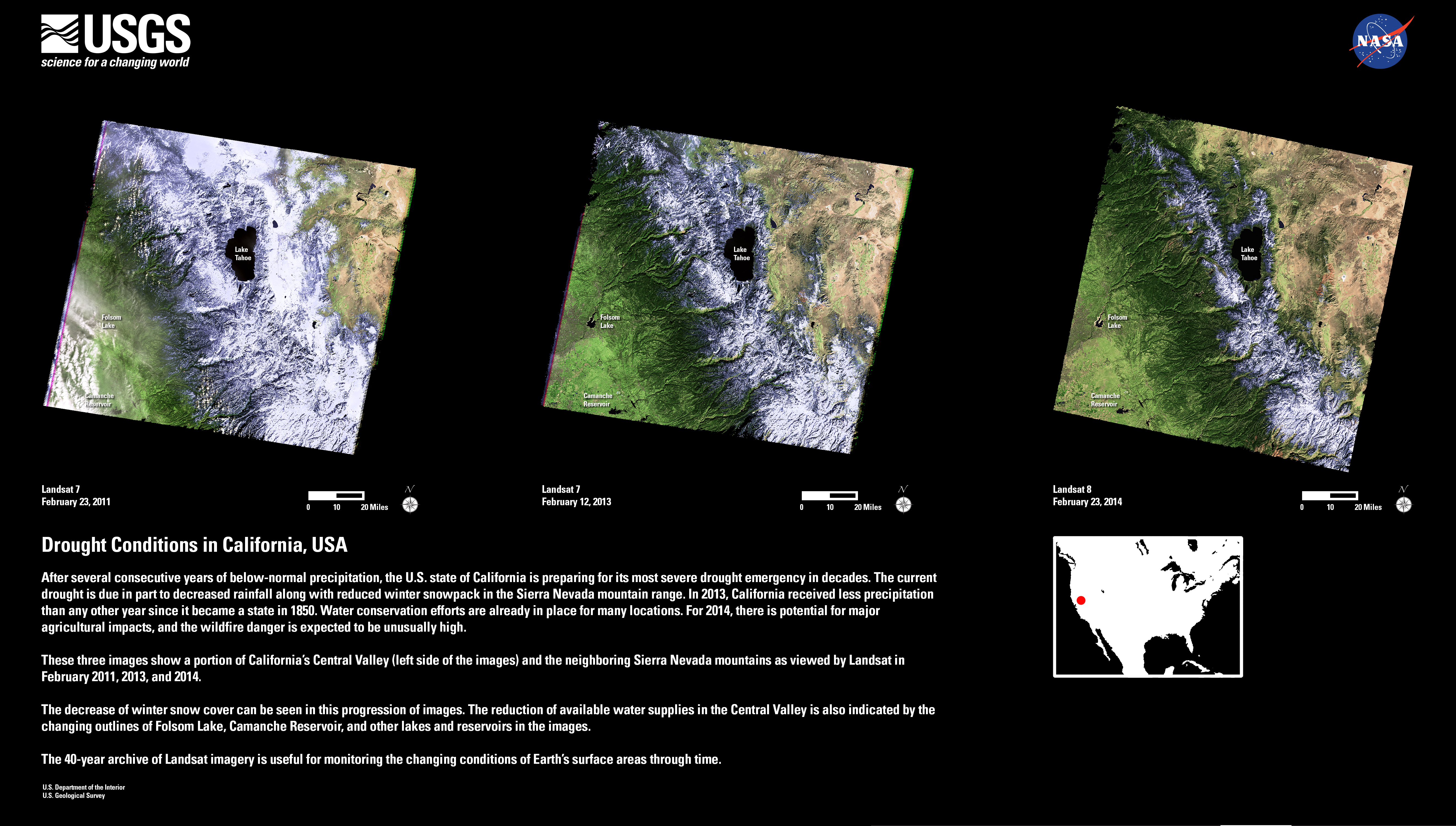 After several consecutive years of below-normal precipitation, the U.S. state of California is preparing for its most severe drought emergency in decades. The current drought is due in part to decreased rainfall along with reduced winter snowpack in the Sierra Nevada mountain range. In 2013, California received less precipitation than any other year since it became a state in 1850. Water conservation efforts are already in place for many locations. For 2014, there is potential for major agricultural impacts, and the wildfire danger is expected to be unusually high.

These three images show a portion of California's Central Valley (left side of the images) and the neighboring Sierra Nevada mountains as viewed by Landsat in February 2011, 2013, and 2014.

The decrease of winter snow cover can be seen in this progression of images. The reduction of available water supplies in the Central Valley is also indicated by the changing outlines of Folsom Lake, Camanche Reservoir, and other lakes and reservoirs in the images.

The 40-year archive of Landsat imagery is useful for monitoring the changing conditions of Earth's surface areas through time.