Earlier in the week lava reached the outer fence of the transfer st... 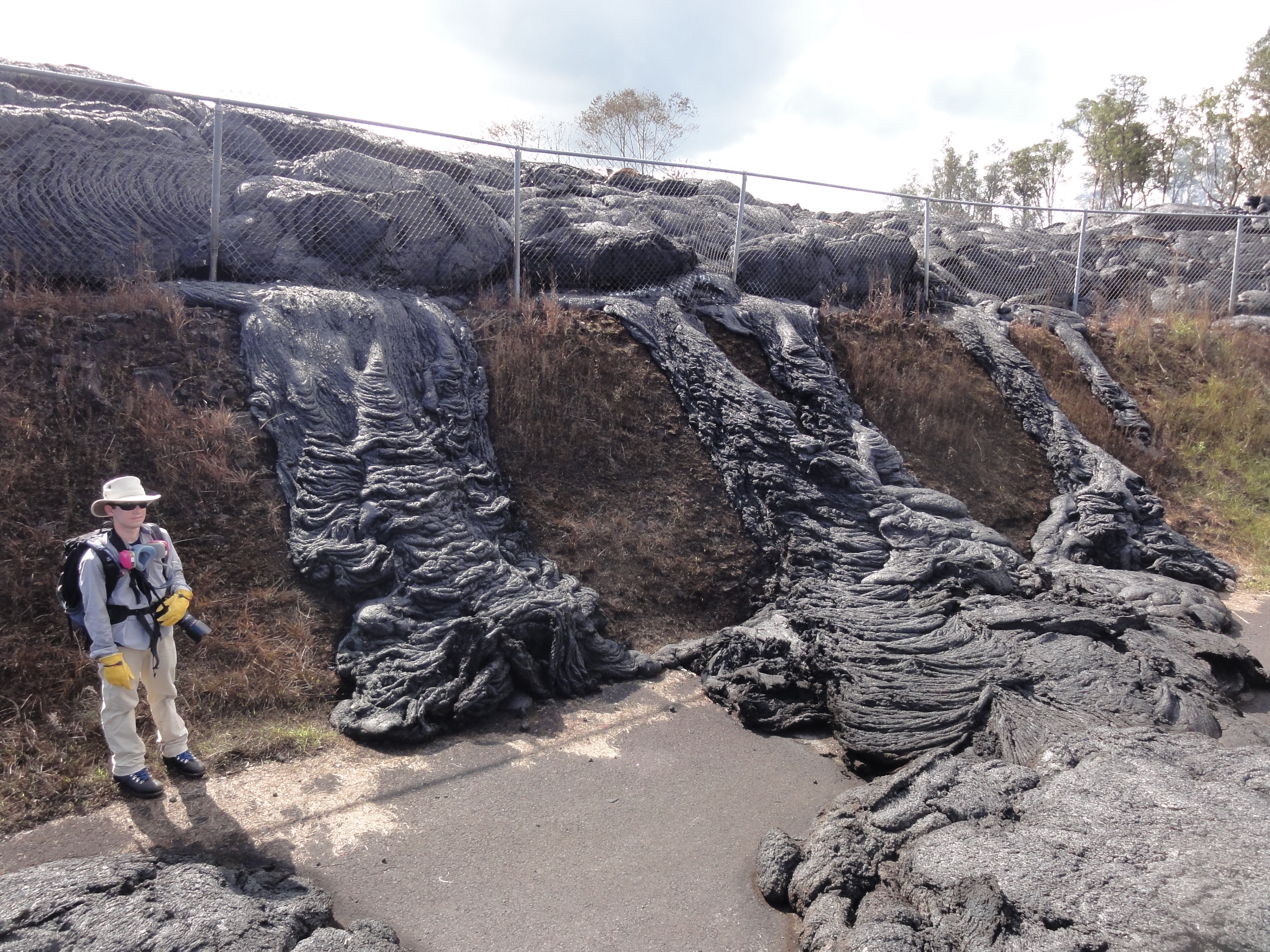 Earlier in the week lava reached the outer fence of the transfer station, sending several small cascades through the fence and down the embankment. Burning of the asphalt continued for several days. Now that burning has ceased at the transfer station, a closer look at these features was possible. Note that the lava which stalled at the fence line subsequently inflated to a height slightly greater than that of the fence.