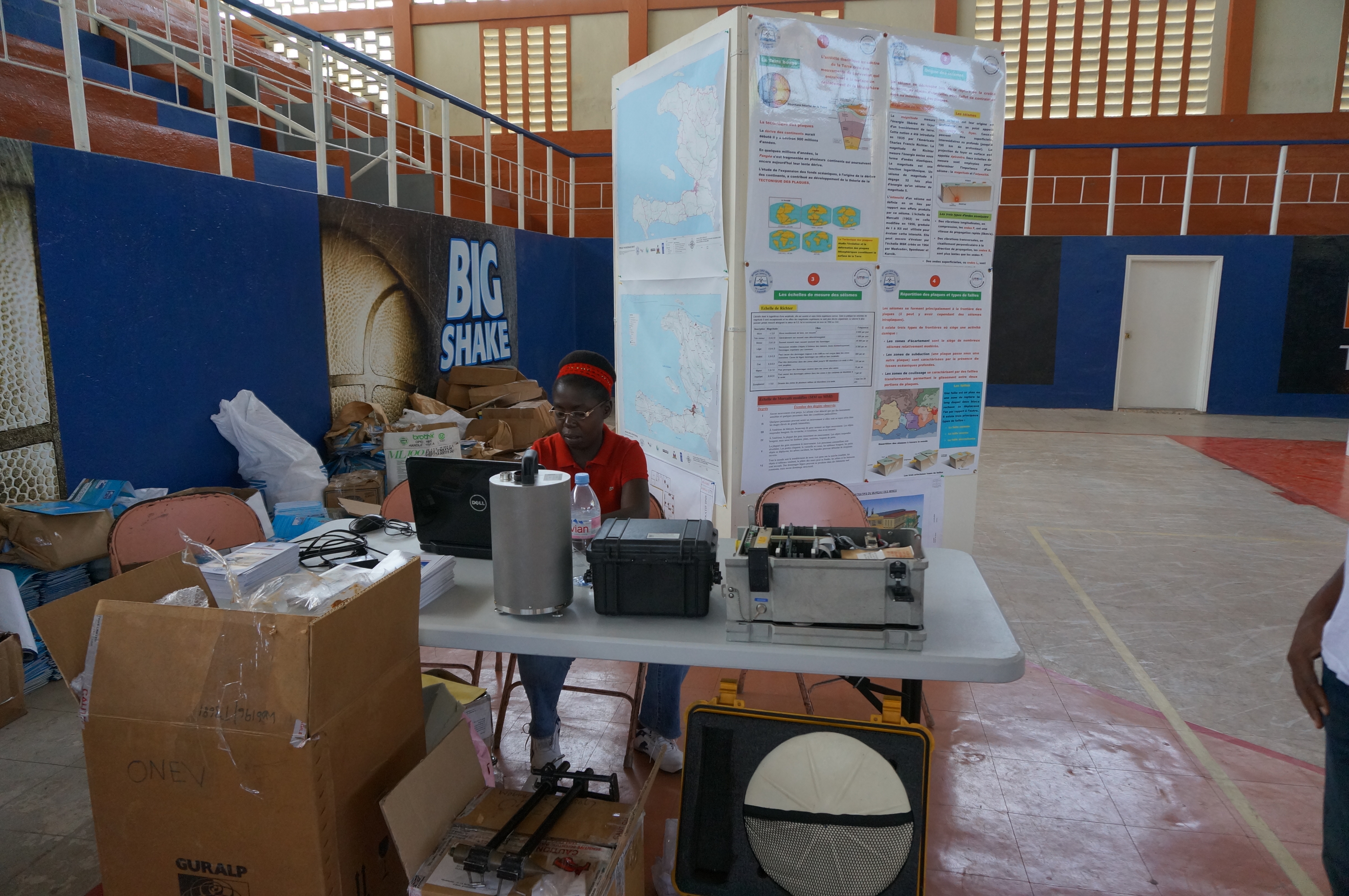 In this photo, BME engineer Sophia Ulysses is setting up a booth and preparing for an outreach exposition later that day in Cap Haitien, the largest city in northern Haiti.