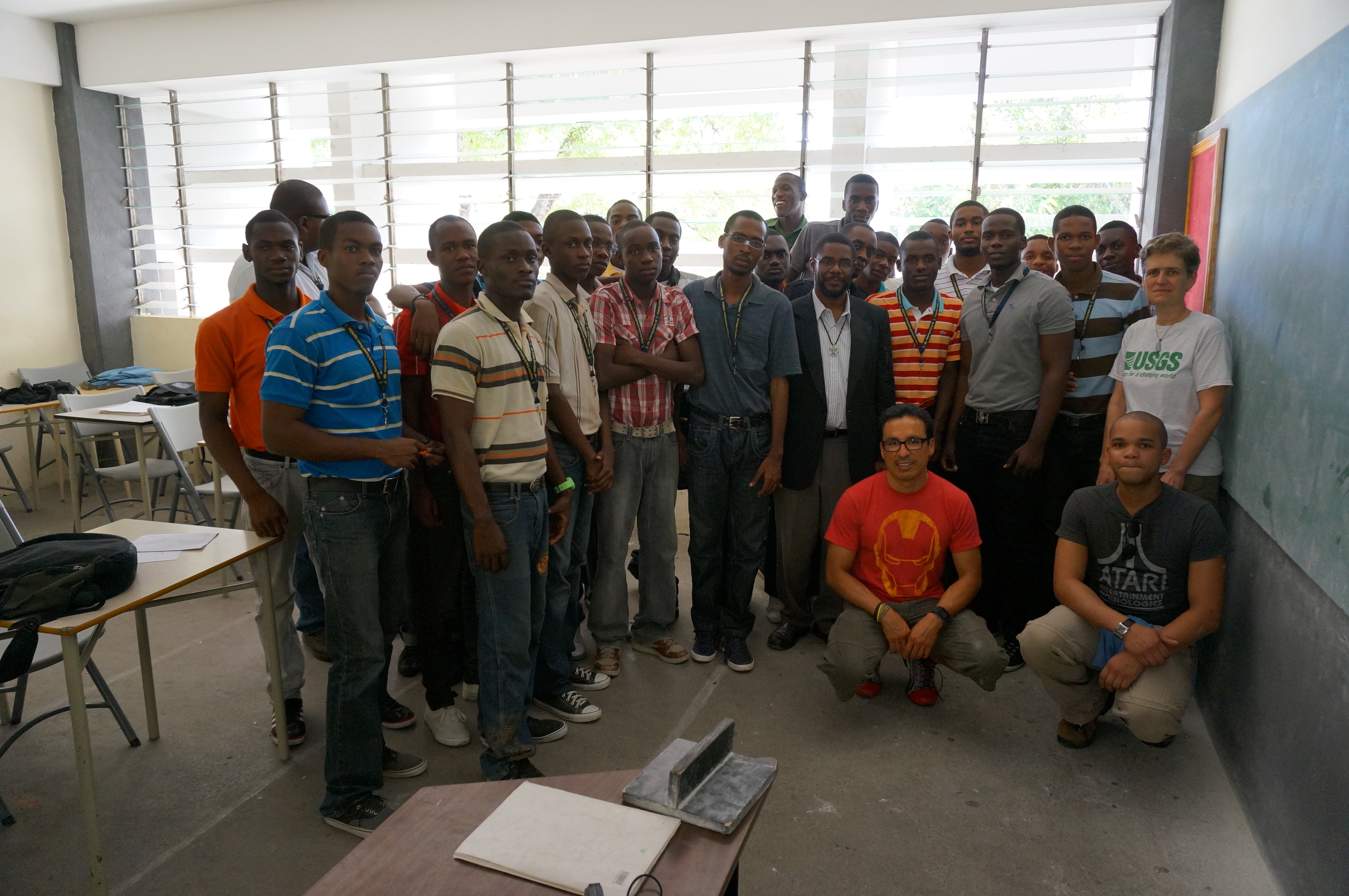 In this photo, USGS scientists Susan Hough and Irving Flores and NSF-supported post-doc Justin Brown are visiting two local schools in Haiti in May 2013 to discuss earthquake awareness with students.