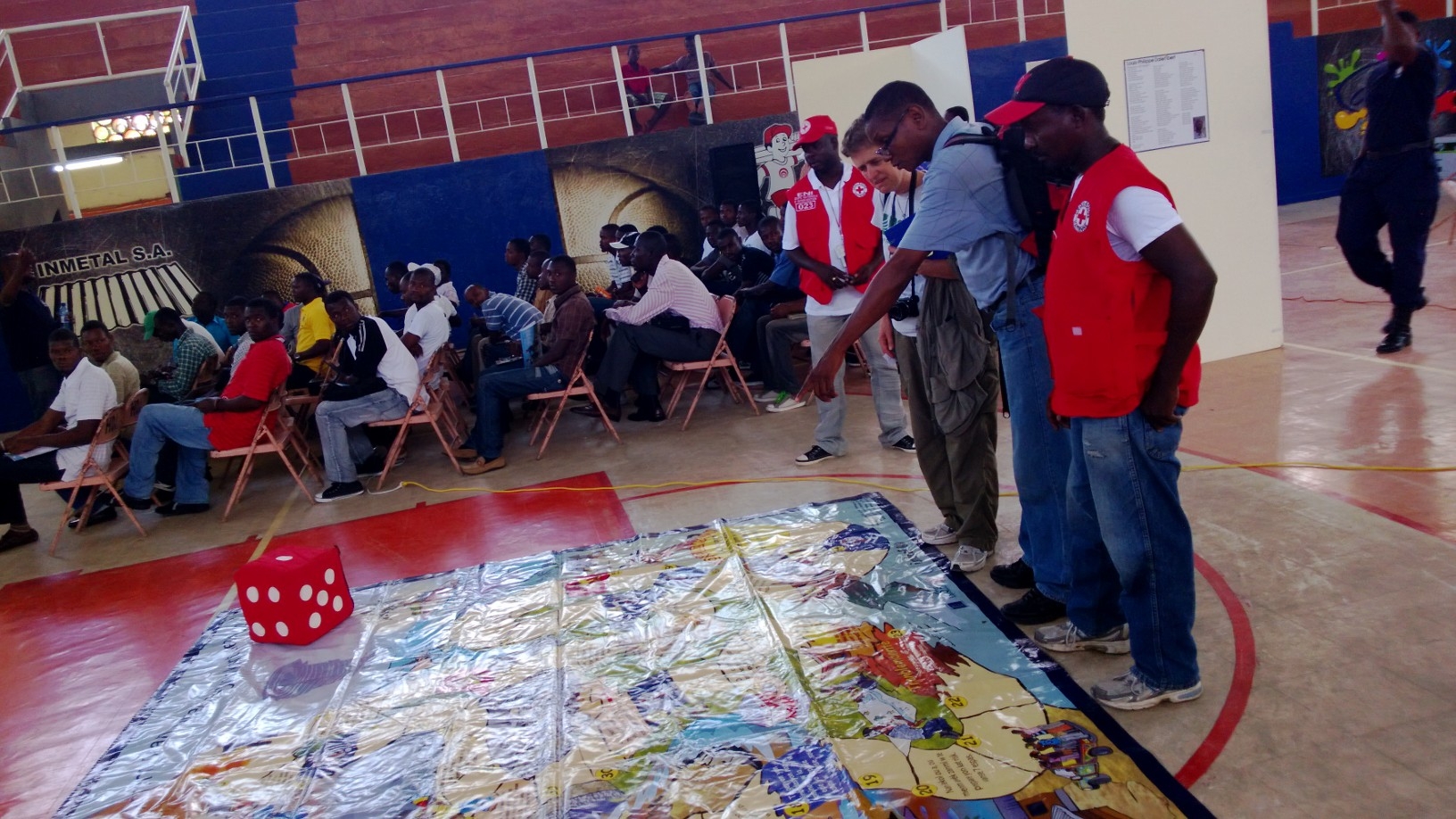 In the background of this photo, students are listening to a presentation during an outreach exposition in Cap Haitien, the largest city in northern Haiti. In the foreground of the photo, USGS scientist Susan Hough is with Jean-Robert Altidor, who is the technical director of the BME Seismology Technical Unit, and a representative from the Haitian Red Cross looking at a disaster-preparedness game developed for local schools by the Red Cross.