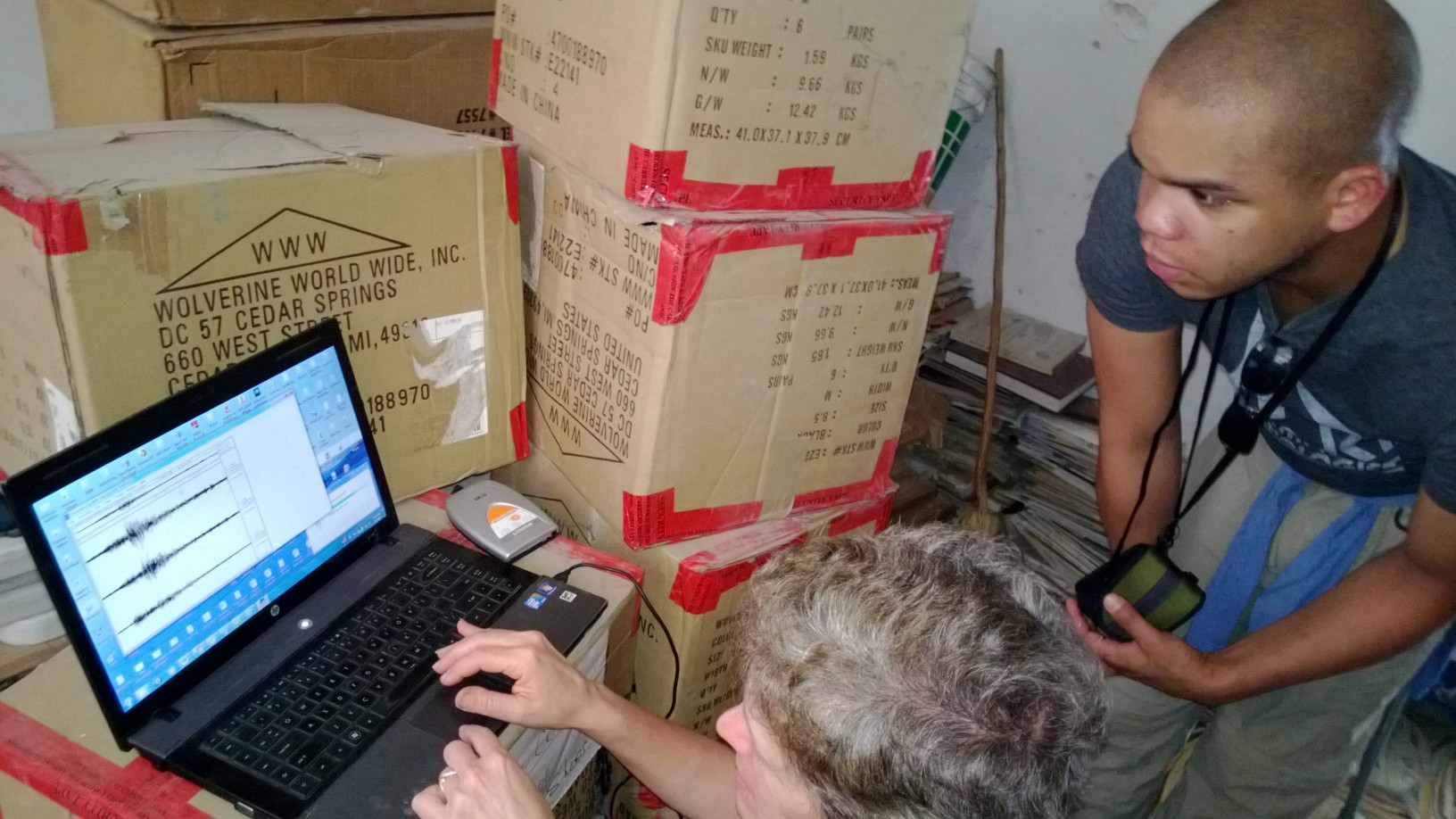 In this photo, USGS scientist Susan Hough and NSF-supported post-doc Justin Brown examine data from a magnitude 5.0 earthquake in the Dominican Republic on July 7, 2012, recorded by one of the strong motion instruments now operated by the BME.