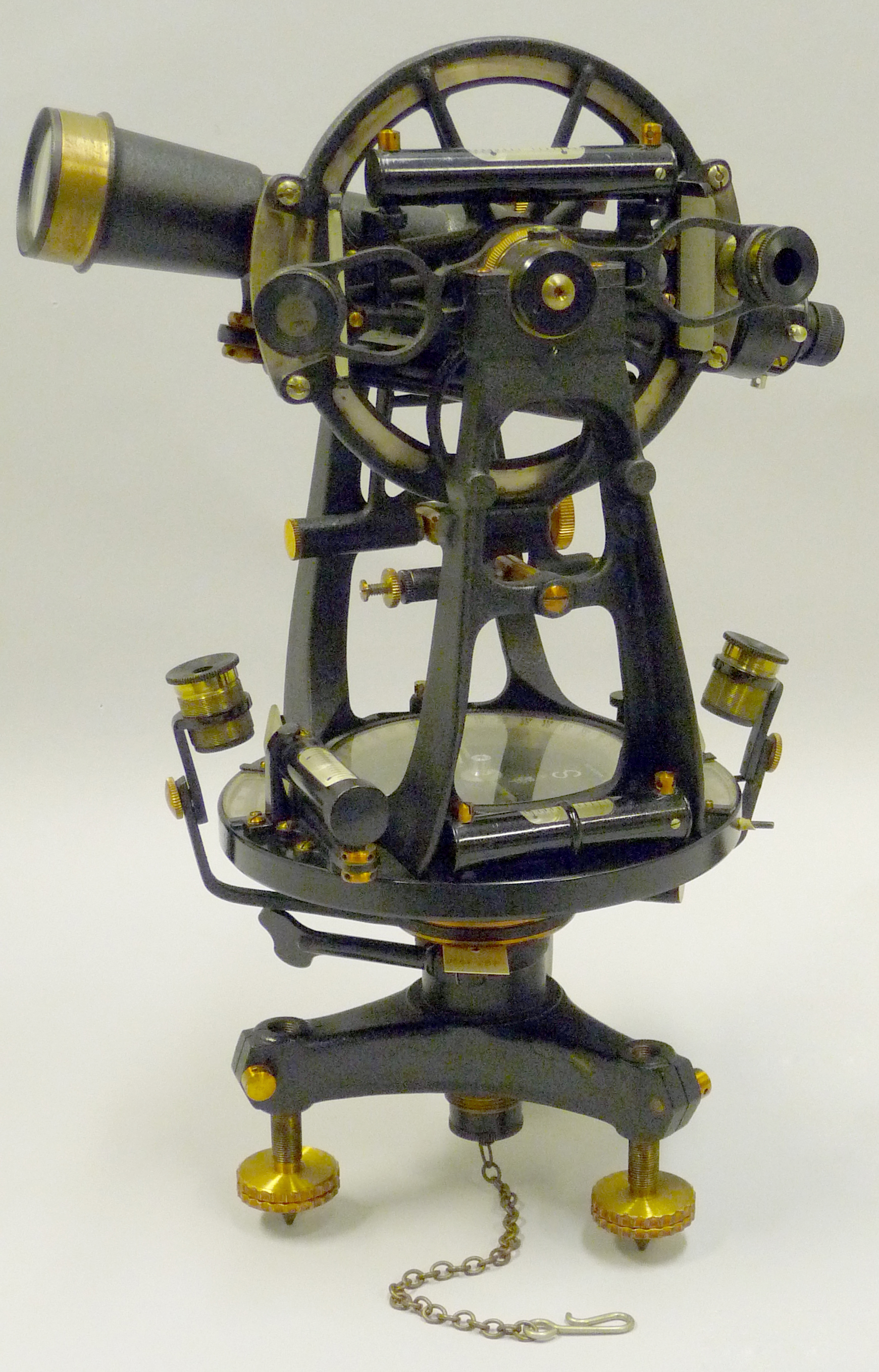 Manufactured by C.L. Berger & Sons, Boston, Massachusetts, serial #27124. The company was founded by Christian Louis Berger (1842-1922) who was born at Stuttgart, Germany and moved to Boston in 1866. In 1871 he joined with George Louis Buff, and began trading as Buff & Berger. In 1898, after an acrimonious dispute over the roles that their sons would play in the business, Buff and Berger parted company. Berger acquired the assets of Buff & Berger, began trading as C. L. Berger & Sons. The company was successful throughout the first half of the 20th century, but could not adjust to the post World War II electronic revolution in instrumentation. The Chicago Steel Tape Company purchased the remains of C. L. Berger & Sons in 1995.
Object ID: USGS-000187