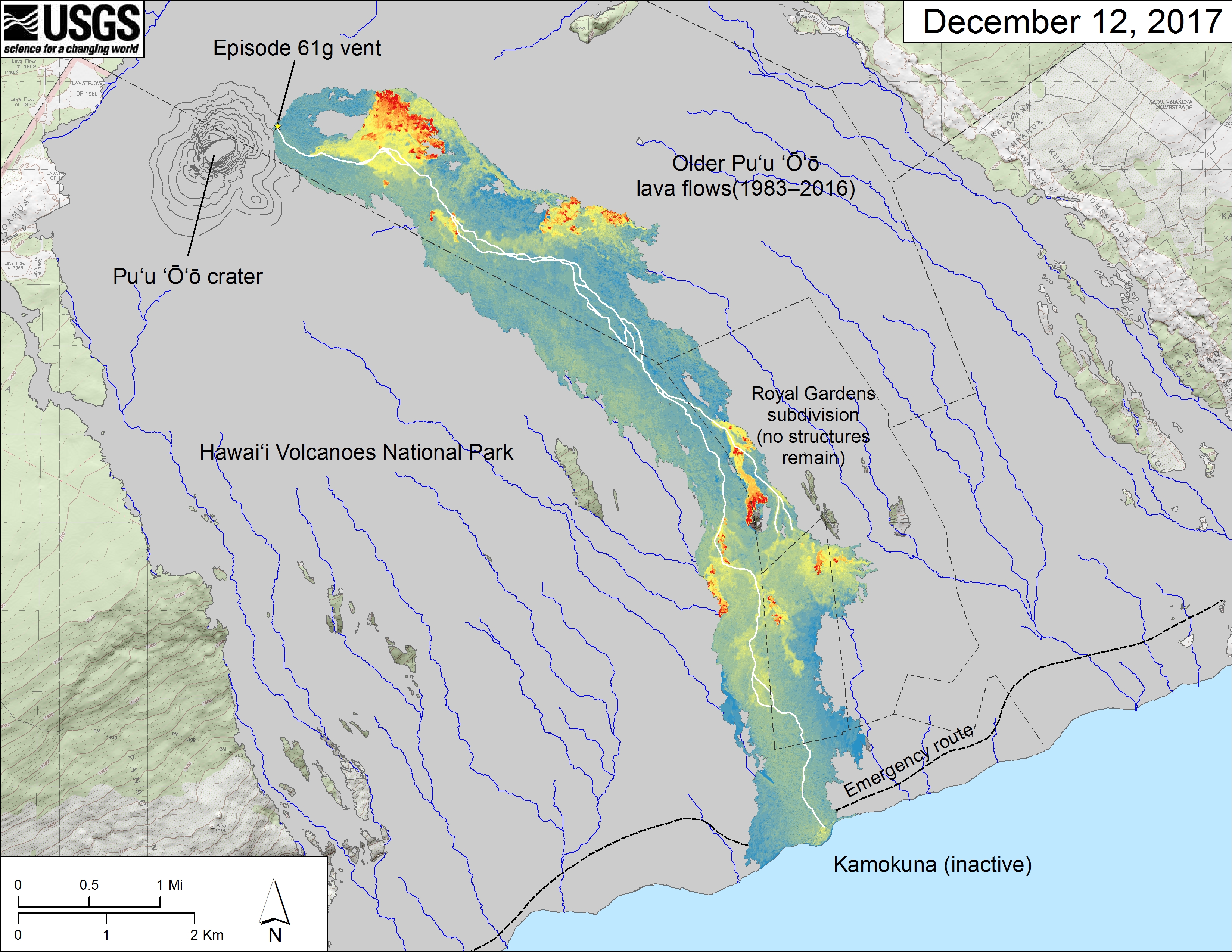 Thermal map of the 61g lava flow, created on December 12, 2017. The thermal map is limited to the current flow (episode 61g flow), which runs along the center of the map. The blue and green colors correspond to lower surface temperatures, areas of cooled, inactive lava. The orange and red colors show areas of hot, active breakouts on the flow surface on December 12. The lava-tube network is shown by white lines, mapped from a sequence of thermal images made over the past year. Steepest-descent paths, shown as blue lines and calculated from a 2013 digital elevation model of the flow field, represent possible flow paths based on topography.