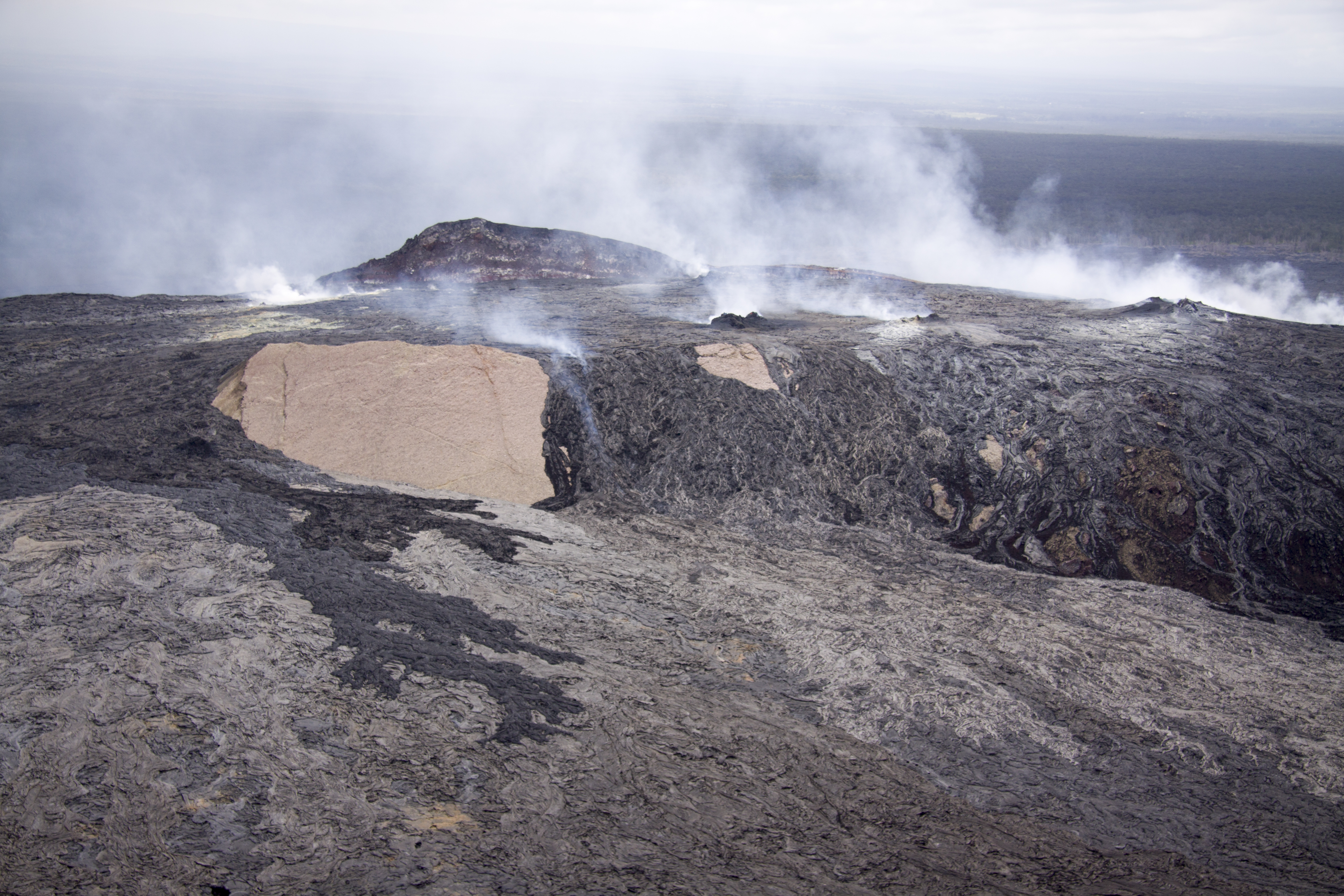 The flow from the South spatter cone has buried part of the southern flank of Pu‘u ‘Ō‘ō cone, leaving little of the original tephra that composes the cone visible. Compare this photo to the one taken just a few months ago, on March 7. The South spatter cone, feeding the flows that have blanketed the south flank of Pu‘u ‘Ō‘ō, is the prominent, fuming spatter cone just to the right of the center of the image, directly behind where the cone has been covered.