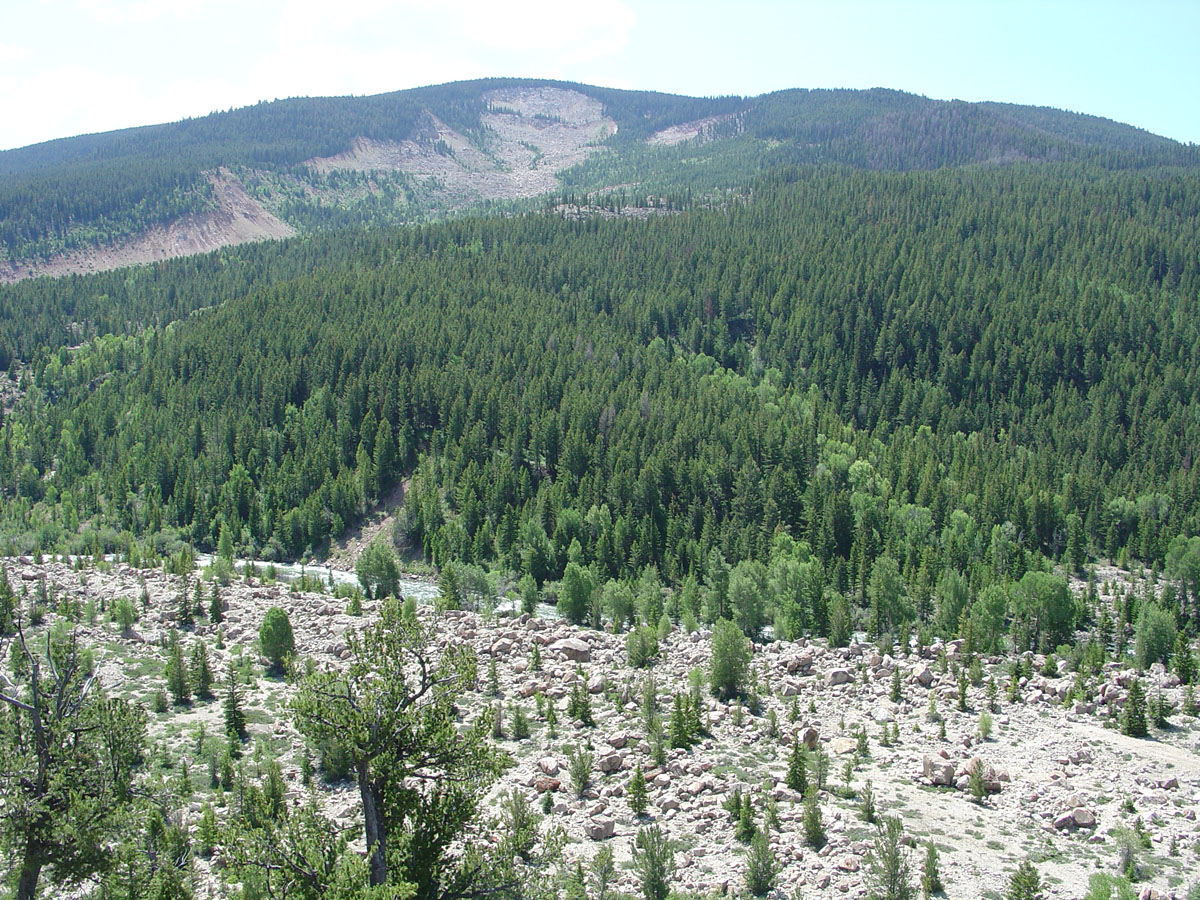 The Gros Ventre Slide was one of the largest historic landslides in North America. The landslide occurred on June 23, 1925. The landslide occurred where steeply-dipping rocks of late Paleozoic age were undercut by the Gros Ventre River. Heavy rains and spring snow melt may have been contributing factors as well. The volume that slid was nearly a mile long, 2,000 feet wide, and several hundred feet thick-estimated at about 50 million cubic yards. In a matter of minutes the landslide moved into the valley and dammed the Gros Ventre River. A large lake formed behind (upstream) of the landslide. On May 18,1927, the natural dam partially failed, and a great flood of water, rock, and debris washed down the valley causing catastrophic damage to the town of Kelly, Wyoming and several ranches in the valley below. At least six people were killed in the flood. Today the area is preserved as the Gros Ventre Geological Slide Area within the Bridger-Teton National Forest (Alden, 1928; Voight, 1974; USFS, 2008).