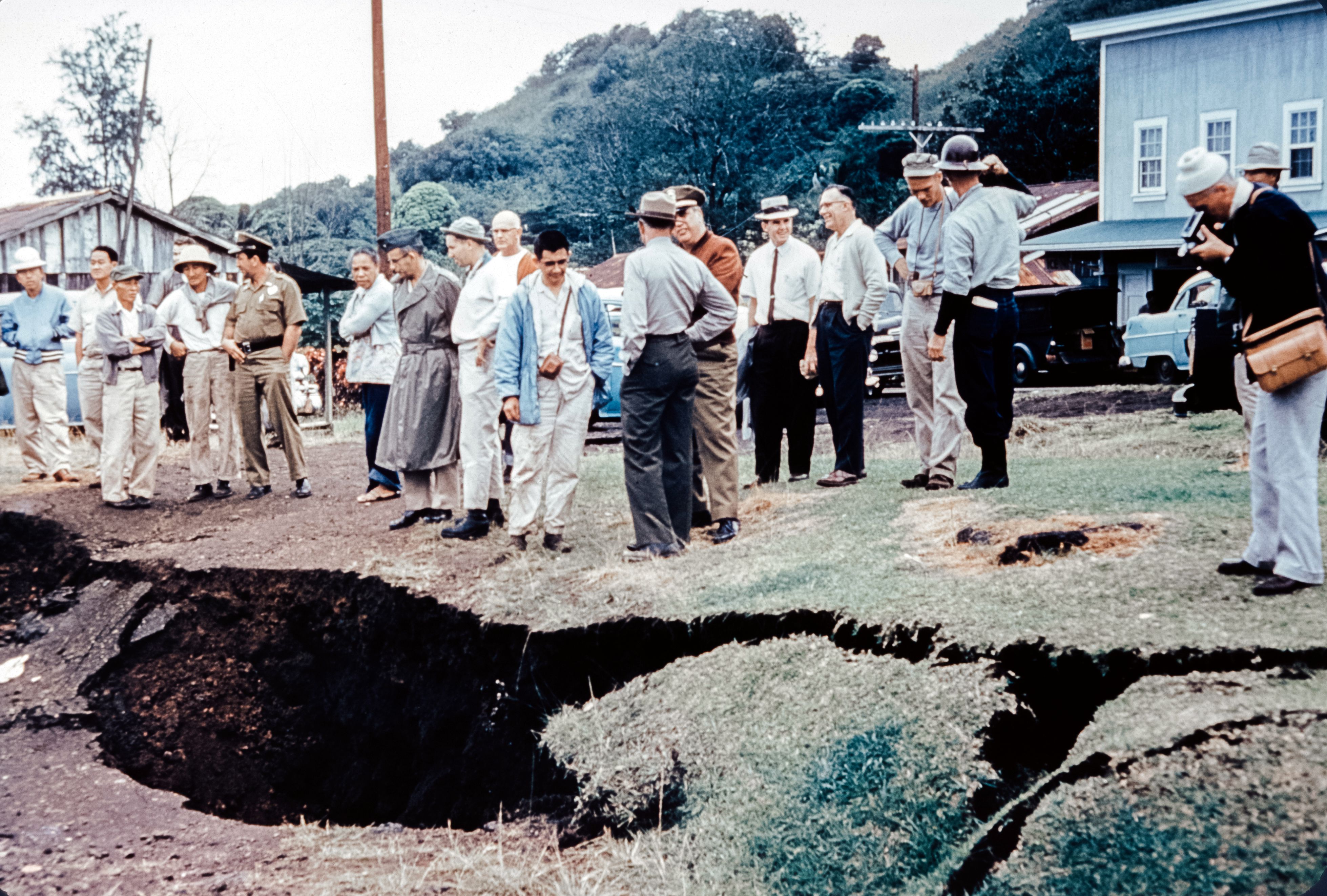 Fractures along the Kapoho fault hours after an earthquake swarm began in the area early on January 13, 1960. Residents in and near Kapoho village reported feeling the earthquakes, and HVO scientists on the scene described "the ground beneath our feet in almost constant motion" and hearing "low-pitched booming sounds" accompanying the largest earthquakes. "Minute by minute old cracks lengthened and widened and new ones appeared" as onlookers "watched their village being torn asunder." The fault's maximum vertical displacement at this location was about 1.1 m (3.5 ft). The earthquakes and fractures were caused by the shallow movement of magma nearby, which erupted a few hours later.